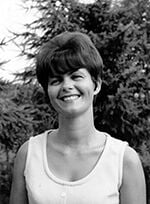 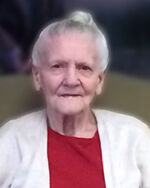 Jerry Donald Deal, 77-year-old Hamburg native, died Monday, May 31, 2021 at The Woods of Monticello Health and Rehabilitation Center. He was a retired certified nurse’s assistant but had operated Deal Grocery Store years ago, and he was a member of First Baptist Church in Hamburg.

He is survived by three sisters, Linda Stevenson and Martha Pennington (Bruce), both of Hamburg, and Rose Mary Martin of Monticello.

Ethel Mae Jackson, age 91, of Lake Village, died Monday, May 31, 2021 at Chicot Memorial Medical Center. She was a native of the Red Leaf community, a retired restaurant cook, and a member of New Hope Baptist Church.

Honorary pallbearers were her nephews.

Marilyn Ann Lewis, age 66, of Little Rock died Thursday, June 3, 2021 at Baptist Health Medical Center. She was a native of Crossett, a retiree of Molex, and a member of Hunter’s Chapel Baptist Church.

She was preceded in death by one son, Dwight Lamon Lewis; her parents, Albert and Versie McGee-Martin; two brothers, James Martin and Freddie Martin; and one sister, Diane Martin.

Graveside service will be Saturday, June 12 at 11 a.m. in Westview Cemetery with Rev. Quinton Radford officiating.

Services are under the direction of Cromwell Funeral Home.

Christine Riedl Maxwell, 82, of Cabot, passed away May 30, 2021. She was born March 10, 1939 in Toging am Inn, Germany to the late France and Theresa (Gillhuber) Riedl. In addition to her parents, Christine was preceded in death by her husband, Emile Maxwell; children, Thomas Maxwell, Melinda Maxwell and Shirley McClain and her siblings.

Funeral services were on 2:00 p.m., Sunday, June 6, 2021 at Moore’s Cabot Funeral Home with interment followed at Mount Carmel Cemetery. Visitation was 6:00-8:00 p.m., Saturday, June 5, 2021 at the funeral home. Please sign our online guestbook for the Maxwell family at www.moorescabotfuneralhome.com.

Jose Cruz Mondragon, 71, of Hamburg, died Friday, June 4, 2021, in Crossett. He was a native of Zacapu, Michoacan, Mexico, and a resident of Hamburg for 27 years. He retired from logging and construction and was a member of Holy Spirit Catholic Church.

He was preceded in death by his wife of 52 years, Carmen Mondragon; his parents, Seberino and Gabina Mondragon; and one sister, Nicanor Mondragon.

A mass of Christian burial was held at 10 a.m. Monday, June 7 at Holy Spirit Catholic Church with Father Stephen Hart as celebrant. Burial was in Hamburg Cemetery.

Ruby Mae Raines, 86, of Crossett, died Tuesday, June 1, 2021, at Stonegate Villa Health and Rehabilitation Center. She was born June 15, 1934, was a retired seamstress, and was a member of First United Pentecostal Church of Crossett.

She was preceded in death by her parents, Conley and Marie Collins Hensley; her husband, Joe Raines; three sons, Robert Jackson, Gene Jackson, and Richard Jackson; and one daughter Mary Baty.

She is survived by two daughters, Carolyn Walton (Doyle) and Barbara Aubuchon, both of Crossett; 10 grandchildren; and five great-grandchildren.

A celebration of life graveside service was held Thursday, June 3 at 1 p.m. in Crossroads Cemetery with Bro. Larry Hickman officiating.

Service was under the direction of Medders Funeral Home.