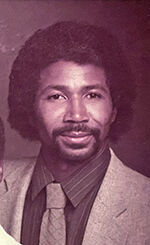 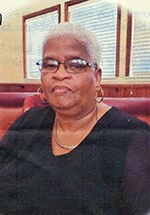 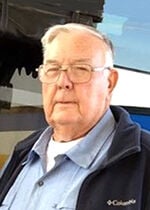 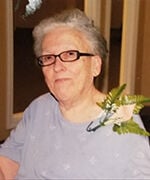 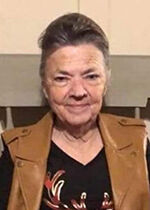 He was a member of Bethel African Methodist Episcopal Church of Fountain Hill and graduated from Fountain Hill High School in 1969. He attended Arkansas AM&N, now the University of Arkansas at Pine Bluff, before he was drafted into the United States Army during the Vietnam War. He also was a volunteer for the Army National Guard.

He worked as a press operator at the Los Angeles Times and then he worked for Georgia Pacific in Crossett.

Vernie Mae Childress, 75, of Monticello, died Thursday, Sept. 17, 2020 at Drew Memorial Hospital. She was a native of Lacey, a past resident of Crossett, and a homemaker; she attended Promise Land Baptist Church where she served as choir director, mission ministry instructor, and a church mother.

She was preceded in death by her husband of 46 years, Rev. James Childress; her parents, Porter and Treathe Franklin; two sisters, LaFan Rogers and Shirley Tabb; and one brother, Pastor Glen Dale Franklin.

She is survived by one daughter, Angelia Childress of Monticello; two brothers, John Porter Franklin (Mary) of Lacey and Jerry Wayne Franklin (Delores) of McGehee; three sisters, Ivanell Handley (Floyd) of Lacey, Patricia Staple of Monticello, and Jacalyn Riley of Westland, Mich.; and one grandson.

Graveside service was scheduled for Tuesday, Sept. 22 at 11 a.m. in Ryles Cemetery in the White Station community with Rev. Semaj Brown officiating and under the direction of Cromwell Funeral Home.

He graduated in 1960 from Hamburg High School and then enlisted in the United States Marine Corps, where he was a combat veteran of the Vietnam Conflict.

He worked as a job superintendent for Smith Contracting for 18 years and retired from the Arkansas Highway and Transportation Department after 23 years of service as Ashley County area maintenance superintendent.

He served as the Arkansas Highway and Transportation Department District Two Retiree Association president for 10 years.

He member of Maplevale Missionary Baptist Church, where he served as a Sunday school teacher and treasurer.

Visitation will be from 1:45 to 2 p.m. Saturday at the cemetery.

She was preceded in death by her parents, Birtus and Ollie Jeffers Barrett; her husband of 56 years, Bill Jordan; two sisters, Ima Jean Norrell and Margaret Tippen; and two brothers, Junior Barrett and James Barrett.

A celebration of life service was held at 2 p.m. Thursday, Sept. 17 at Magnolia Baptist Church with Pastor Mike Griffith officiating and was followed by burial in Egypt Cemetery under the direction of Medders Funeral Home.

She was preceded in death by her mother, Maudie M. Ward, and her husband of 45 years, Johnny (J.M.) Sawyer.

She is survived by one half-brother, Richard Hobb (Norma) of Kilgore, Texas.

Graveside services were held at 2 p.m. Thursday, Sept. 17 in Crossroads Cemetery with Johnnie Bolin speaking and under the direction of Jones Funeral Home.

He was a Crossett resident most of his life and worked as a pipefitter in the construction industry for many years. His most recent job title was customer service representative at Atwoods.

He was preceded in death by his parents, Murray and Elsie Leblanc Stevens; one brother, Marc Stevens; and one sister, Robin Beaux.

Charlene Pruitt Swan, 73, of Fountain Hill, died Monday, Sept. 21, 2020, surrounded by family. She was born Aug. 1, 1947, in Hamburg. She was a member of Hamburg United Pentecostal Church and taught Sunday school at the Hamburg and Crossett United Pentecostal churches for many years.

She was preceded in death by her husbands, James Alton Sowyers and Paul D. “Spider” Webb; one son, Travis Sowyers; her parents, William and Ethel Streeter Pruitt; and one brother, Eugene Pruitt.

Memorials may be sent to Hamburg United Pentecostal Church, PO Box 309, Hamburg, AR  71646. Funeral arrangements are under the direction of Jones-Hartshorn Funeral Home.