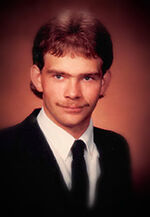 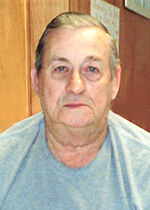 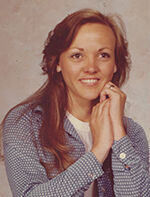 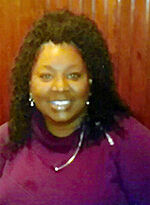 Leonard Michael “Mike” Barnett, 49, of Crossett, died Saturday, Sept. 5, 2020, at University of Arkansas for Medical Sciences Medical Center in Little Rock. He was born Oct. 24, 1970, was a lifetime resident of Crossett, and was a 1989 graduate of Crossett High School.

He received a small engine repair certification from Louisiana Technical College and worked in the construction industry. He later began a career with Rexel Industrial Supply as their warehouse manager, along with becoming a licensed insurance agent, and delivering Shopper’s Guides. He then started a “Hot shot” business with his mother, delivering items to the mills.

He was preceded in death by his grandparents, Norris and Margaret Barnett, Roy Rice, and Kathrain Forrest.

In lieu of flowers, donations may be sent in his memory to Unity Cemetery Fund, c/o Keith Barnett, 1710 Parkway Drive, Crossett AR 71635.

There are no services scheduled at this time.

Fred Bozeman, 77, of Hamburg, died Tuesday, Sept. 1, 2020, in Crossett. He was a native and lifelong resident of Hamburg. He served in law enforcement for 25 years and was a member of Gardner Baptist Church.

He was preceded in death by his parents, Tom and Lena Pittman Bozeman; one brother, Lon C. Bozeman; and three sisters, Lydia Stell, Madell Bellott, and Louise Lansdale.

Jessie Mae Streeter, 92, of Crossett, died Saturday, Aug. 29, 2020, at the home of Donald and Blanch Streeter, where she was surrounded by her family.

She was a lifelong resident of Ashley County, a member of Gates Chapel African Methodist Episcopal Church, and a retired cafeteria worker and paraprofessional from Crossett School District. She had served in the Parent Teacher Association and Band Parents’ Association. She was also a member of the CTA for the Support Service Personnel and AEA.

Graveside service were held Saturday, Sept. 5 at 2 p.m. in Westview Cemetery under the direction of Cromwell Funeral Home and with Rev. Harriel D. White III officiating.

Mary Helen Walters, 63, of Hamburg died Wednesday, Sept. 2, 2020, at her residence. She was a native of Portland, Ore., but grew up in Ashley County, and was an employee of Delta Family Center for nine years.

She is survived by her husband of 25 years, Sammie Walters; two sons, David H. Richardson and Michael D. Richardson, both of Hamburg; one sister, Earline Tabor, husband Jimmy, of Labadieville, La.; six grandchildren; and three great-grandchildren.

Graveside service was Sunday, Sept. 6 at 2 p.m. in Carlock Cemetery with Bro. Carlton White officiating and under the direction of Cromwell Funeral Home.

Danielle Renea’ Warren, 45, of Monticello, died Sunday, Aug. 30, 2020 at her residence. She was a native of Montrose, a legal support specialist at Arkansas Department of Health, and a member of Tabernacle Baptist Church where she worked with the young ladies ministry.

A memorial service was held Friday, Sept. 4 at 11 a.m. at Tabernacle Baptist Church, 1109 N. School Street in Dermott, under the direction of Cromwell Funeral Home and with Pastor Ricky Latimore officiating.