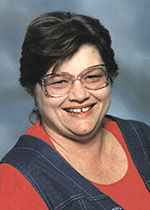 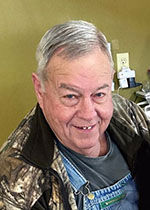 Mary Anita Curtis, 61, of Crossett, died Tuesday, Aug. 31, 2021, at her home. She was born in Portland on April 14, 1960, and in 1978, she graduated from Crossett High School. She later received an associate degree from Jackson State University, and worked as a secretary for the city of Crossett sanitation department for 15 years.

She was preceded in death by her father, Willie Curtis; two sisters, Susie Curtis-Reed and Mabelean Curtis; and two brothers, James Woods and Billy Joe Curtis.

A celebration of life graveside service was held at 2 p.m. Saturday, Sept. 4 in Westview Cemetery in Crossett with Minister Falana Simpson-Hubbard officiating.

Albert Jefferson Goodwin Jr., age 72, died Monday, Aug. 30, 2021 at his residence in Crossett. He was a native of Dermott, a retired Airforce Master Sergeant, and a retired supply clerk at Georgia Pacific Chemical Mill. He was a member of The New Bethel Baptist Church where he served as a deacon and usher and he was former president of the Southeast Arkansas Baptist Usher’s Association. He also served as vice president of the State Baptist Usher’s Association.

He was preceded by his wife of 30 years, Cincinthia “CC” Goodwin, and his parents, Albert “AJ” Jefferson Goodwin and Lucille Randolph Goodwin.

Graveside services were held at 11 a.m. Saturday, Sept. 4 in Westview Cemetery in Crossett with Pastor Jesse L. Radford Jr. officiating and were under the diredtion of Cromwell Funeral Home.

He graduated in 1965 from Crossett High School and attended University of Arkansas at Monticello. He later joined the Arkansas National Guard and started a career at Georgia Pacific. In 2000 he retired from the #3 tissue mill as a floral printer operator after a 29-year career. He was a lifelong member of Morgan Hunting Club.

He was preceded in death by his father, Julius Listar; his mother and stepfather, Laverne and Robert E. “Pat” Rickman; and an infant son.

A celebration of life graveside service will be held at 10 a.m. Wednesday, Sept. 8 in Carlock Cemetery with Bro. Chris Sexton and nephew Keith Oden officiating.

In lieu of flowers, the family encourages donations to be made to Crossett Canine Rescue or the local animal rescue of one’s choice.

He was born in Crossett on April 5, 1939, and was a member of Jarvis Chapel Baptist Church where he was baptized at the age of 15.

He attended school in Crossett and at sixteen had received his GED and graduated from Eaton Barber School in Little Rock. He worked as a barber for many years, operating shops in Hope and Mountain View, along with his paint contracting business called Rice Paint Contracting, which he ran for 30 years. He was a former member of Antlers Hunting Club and often raised and sold squirrel dogs.

He was preceded in death by his parents, Roy DeWit and Avrice Hamacker Rice; two brothers, Raymond Rice and Roy Rice; and two sisters, Ellene Blackman and Nell Wolfe.

He leaves behind his wife of 61 years, Mildred Rice; one son, Robert Rice Jr. of Arkadelphia; one daughter, Kathy Menah of Clinton; one brother, Ned Rice of Crossett; six grandchildren; and three great-grandchildren.

A celebration of life graveside service was held at 2 p.m. Sunday, Sept. 5 in Crossroads Cemetery with Bro. Chris Sexton officiating.

She was preceded in death by her parents, M.C. and Joyce Bly Pennington.

Robert Withers, 71, of Hamburg died Tuesday, Aug. 31, 2021, in Little Rock. He was a native of Crossett and a 1968 graduate of Hamburg High School. He was a salesman for Colonial Bread Company, having retired after 30 years of service, and he worked for M & M Tire in Hamburg for the past 15 years. He was a member of Gardner Baptist Church.

He is survived by one daughter, Kendal Emerson and husband, Kenneth, of Hamburg; two grandchildren; and two great-grandchildren.