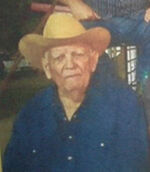 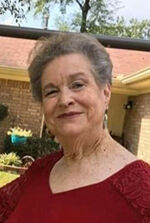 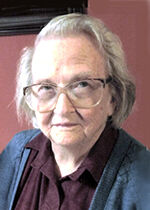 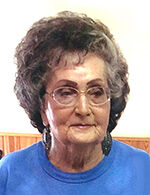 He worked for Georgia Pacific until moving in 1968 to Ashdown where he later retired from Domtar Paper Company.

A graveside service will be held at 11 a.m. Tuesday, Sept. 28 in Hickory Grove Cemetery with Bro. Wesley Jackson officiating.

Charles Edward Barnett, age 88 of Crossett, died Sept. 25, 2021. He was born Dec. 9, 1932 in Hamburg and was a member of Wallers Chapel Methodist Church. He served his country as a corporal in the United States Army. He was a construction worker and a carpenter supervisor for Ideal Construction and Brown and Root.

A celebration of life service will be held at 2 p.m. at Jones Funeral Home on Tuesday, Sept. 28 with Bro. Jim Faulk officiating.

She was a graduate of Wilmot High School and received an accounting degree from Draughons School of Business in Little Rock. She later earned a bachelor’s degree in accounting at University of Arkansas at Monticello. She worked as a bookkeeper.

She was preceded in death by her parents, Charles J. and Lessie Merle Lewis Bing; one daughter, Letha Carol Holland Schneck; and one sister, Marilyn Bing Harvey.

The family will have private services at a later date.

Lloyd Henry Collins, age 62, of Crossett, died Saturday, Sept. 18, 2021 at Baptist Health Medical Center in Little Rock. He is a native of Parkdale and a former resident of Hamburg. He worked in the maintenance department of Crossett and Hamburg school districts for a total of 39 years. He was a retiree of Hamburg School District. He was a member of First Baptist Church on MLK Drive in Crossett where he served as a deacon.

He worked as a mechanic for the Bemis Bag Co. for 28 years.

Ruth C. Martin, 90, lifelong resident of Hamburg, died Monday, Sept. 27, 2021. She worked at Akers cleaners and for 10 years with Hamburg Shirt Factory. She was a homemaker. She was a member of Judson Missionary Baptist Church.

He also served his country in the National Guard.

A memorial graveside service will be held at 2 p.m. Wednesday, Sept. 29 in Pugh Cemetery in Crossett with Bro. Keith Boseman officiating.

She worked as the administrator of Leisure Lodge Nursing Homes in Sulphur Springs, Texas for 15 years.

She was preceded in death by her husbands, James Hale, Wallace Renfroe, and Robert Wallace; one son, Stan Hale; her parents, Dennis and Geraldine Austin Parkerson; two brothers, Junior Parkerson and Jimmy Parkerson; and one sister, Marilyn Hale.

She is survived by two daughters, Debbie Hale (Chris Cahill) of Harlingen and Jamie Winnett of Sulphur Springs; one sister, Chris Mhoon of Harlingen; and one grandson.

Graveside services will be held at 10 a.m. Thursday, Sept. 30 at the Promise Land Cemetery pavilion with Rev. Toby Austin officiating.