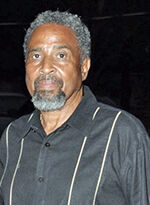 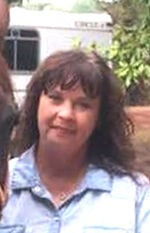 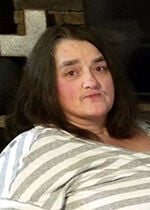 She received a degree in education from University of Arkansas and taught school for many years. She was a Sunday school teacher for 12 years, her last class being the senior adult women at First Baptist Church of Crossett.

She is survived by her husband of 50 years, Kenneth Craven; one brother, Owen Johnson of Fayetteville; two children, Todd (Katie) Craven of Cabot and Christi (Kurt) Price of Crossett; and three grandchildren.

Her life was celebrated in a private family service Sunday, Aug. 30 at 2 p.m. at Medders Funeral Home officiated by Bro. Jamie Staley.

Michael “Mike” Daniel Herrington, 67, of Crossett, died on Tuesday, Aug. 25, 2020, at Ashley County Medical Center. He was born in Scotia, Calif., on July 30, 1953, and was a 1971 graduate of Crossett High School. He was a member of North Crossett First Baptist Church and Klassy Kruzers Street Rod Club.

He served in the United States Navy, was a 14-year volunteer with Unity Fire Department, and was a member of Southern Baptist Disaster Relief Team.

For many years he bought and sold timber in the area. He was a member of Arkansas Timber Producers Association and employed by Halley Timber Co.

He was preceded in death by his parents, James Daniel Herrington and Verla Fay Randall Johnson.

Virginia Pauline (Polly) Lancaster was born to Donald Paul Foley and Leora Ruth Foley on September 21, 1924 in Fayetteville Arkansas. She was a life-long resident of Fayetteville.

She was preceded in death by her parents, her husband, Dr. J.L. Lancaster, and two sons, Donn (Carol), and Eric (Peggy). She is survived by her son, Richard (Becky) and daughter Susan Lawrence (Ben), six grandchildren, and 13 great grandchildren and one great great grandchild.

She lived a life filled with the joy of family, close friends, and a love of learning and travel. She lived a life of thanksgiving. She loved the communities in which she lived.

At Markham Road she and her husband raised their four children. In this phase of life, she put into practical application her degree in Home Economics from the University of Arkansas.

On the Old Wire Road, Polly lived on “The Hill.” This acreage was also the home of the “Happy Rounders,” a Round Dancing Club. The house was expanded to include a dance floor to accommodate the dances there.

At retirement she and her husband moved to Butterfield Trail Village where she was a resident for 20 years.  Polly continued to be active in the life of that community. She helped establish a Chapel and worship service connected by television to the Boston Avenue United Methodist Church in Tulsa. She enjoyed learning to work with clay and make pottery while at Butterfield.

She lived a thankful life. She was grateful for family and friends. She was especially grateful to her doctors and health care workers during her 13 year battle with cancer.

She loved Butterfield Trail Village. In her final days she constantly expressed her appreciation for the administration and all the different departments and workers that make The Village such a special place.

She was extremely grateful to the Health Care Unit, and the wonderful staff for the loving and dedicated care that she received.

The family requests, in lieu of flowers, memorials be made to Butterfield Trail Foundation, 1923 East Joyce Blvd, Fayetteville, Arkansas 72703.

Arrangements are under the direction of Moore’s Chapel.

James E. Martin, 72 of Crossett, died Thursday, Aug. 27, 2020 at his residence. He was a lifelong resident of Crossett, a G-P Paper Mill retiree, a member Hunters Chapel Baptist Church where he served as a deacon, and a U.S. Army veteran serving during the Viet Nam Conflict.

He was a member of Superstars softball team and Crooked Creek Hunting Club.

He was preceded in death by his parents, Atelbert ‘AD’ Martin and Versie McGee Martin; one brother, Freddie Martin; and one sister, Diane Martin.

Graveside services will be Saturday, Sept. 5 at 11 a.m. in Westview Cemetery with Prophet Quinton Radford officiating and under the direction of Cromwell Funeral Home.

Honorary pallbearers are his grandsons and nephews.

A walk- through visitation will be Friday, Sept. 4 from 1 to 5 p.m. at the funeral home.

Bobby Lee Murphy, 62, of Hermitage, died Aug. 28, 2020. He was born July 7, 1958, and was a resident of Ashley County most of his life. He was a truck driver and recently retired from Martin Trucking.

A family led memorial service was scheduled for 2 p.m. Tuesday, Sept. 1 at Heart of God Ministries in Hamburg.

She was a native and lifelong resident of Hamburg and a 1988 graduate of Hamburg High School.

She was preceded in death by her parents, Billy Faye and Glenda Crawford Murphy.

She is survived by one daughter, Haley Moyer and husband, Adam; one sister, Carol Ann Murphy and husband, Roy; and one grandson.

Donna Pollock, 56, of Hamburg, died Tuesday, Aug. 25, 2020, at her residence. She was a native of Oak Grove, La., and a resident of Hamburg for the past 40 years. She was a homemaker and a member of Harmony Baptist Church.

She was preceded in death by two sons, Jamie Pollock and Joseph “Joey” Pollock; her parents, Harland and Barbara McDaniels Abernathy; and one sister, Dinky McDaniel.

She is survived by her husband of 40 years, Ricky A. Pollock of Hamburg; one son, Joshua Pollock and wife, Stacy, of Hamburg; three brothers, Harland Abernathy Jr., and wife, Sharon, Randy Abernathy and wife, Angie, all of Crossett, and Shonni Abernathy of Florida; one sister, Shonna Skender and husband, Derek, of Hamburg; four grandchildren; and one great-granddaughter.

Funeral services were held at 10 a.m. Friday, Aug. 28 in the pavilion at Mt. Zion Baptist Church with Rev. Allan Eppinette officiating. A private burial was to be in Mt. Zion Cemetery.