Sign Up
Log In
Purchase a Subscription
You have permission to edit this article.
Edit
Home
News
Sports
Opinion
Obituaries
Public Notices
Community
Multimedia
e-Edition
1 of 10 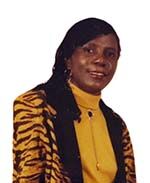 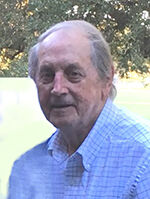 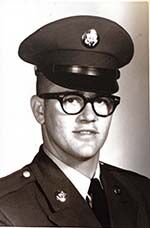 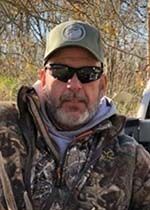 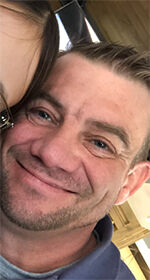 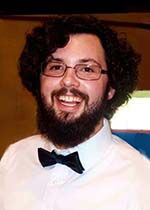 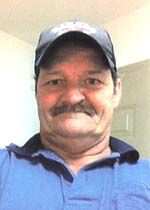 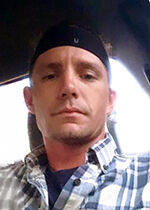 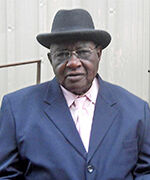 Erma Jean Grant-Cole, 63, of Riverdale, Md., died Saturday, Aug. 29, 2020 at Medstar Washington Hospital Center. She was a native of Wilmot and a member of Cornerstone Church of God in Christ in Hillcrest Height, Md.

Graveside service was held Saturday, Sept. 12 at 11 a.m. in Walnut Grove Cemetery with Rev. Albert Fenceroy officiating and under the direction of Cromwell Funeral Home.

He was an alumnus of Wilmot High School, Ouachita Baptist University, Henderson University, Texas A&M Commerce, and the University of Mississippi.

He served the United States Navy as a medical corpsman during World War II and was placed in charge of three hospital wards for wounded servicemen returning from the Pacific Theater.

He was an educator with Wilmot, Bonita Louisiana, McGehee, and the Parkdale public school systems as well as with Northeast Louisiana University, Ole Miss, the University of Arkansas System and other universities.

Hi affiliations and accomplishments included being Outstanding Teacher in Louisiana, mayor of Wilmot, chairman of the board of Delta Bank and Trust, professor of education at Northeast Louisiana, Southeast Arkansas Man Power Commission, and superintendent of McGehee and Wilmot public school systems.

He and his wife owed Wilmot Flower Shop eventually turning it into Hard Times Antiques. As a member of United Methodist Church of Wilmot for 70 years, he served teaching Sunday school, leading the choir, and later learning how to play the organ for services.

He is survived by one son, Andrew Haynes and wife, Jan, of Dallas, Texas; one grandson; and one sister, Ruth Ward of Jackson, Miss.

Graveside services were held at 10 a.m. Saturday, Sept. 12 in Wilmot Cemetery with Pastor Terrie Lynn Bunnell officiating. In lieu of flowers, memorials may be sent to Wilmot Cemetery Association, PO Box 160 Wilmot, AR 71676. Funeral arrangements were under the direction of Jones-Hartshorn Funeral Home.

Robert “Bobby” Dale Hill Sr., 78, died Saturday, Sept. 12, 2020, at his home. He was born May 28, 1942, in Lacey. He was a resident of Hamburg for over 50 years. He served in the Arkansas National Guard and was a member of Grace Fellowship Church, a retired truck driver from Morris Transportation, and a retired fireman from Hamburg Fire Department.

He was preceded in death by his mother, Lucille Bays.

He is survived by his wife of 51 years, Sylvia Hill; one son, Dale Hill and wife, Jennifer, of Hamburg; four grandchildren; and three great-grandchildren.

Honorary pallbearers were his past co-workers at Morris Transportation and the past and present members of Hamburg Fire Department.

In lieu of flowers donations may be made to help cover funeral expenses.

Jimmy Horn, 52, of Eudora, died Saturday, Sept. 12, 2020, in Little Rock. He was a native and lifelong resident of Eudora. He graduated from Lakeside High School in 1986, and he worked at Producers Rice Mill for many years. He was a member of Eudora Baptist Church.

He was preceded in death by his father, James H. Horn.

A memorial service will be held at a later date. Funeral arrangements are under the direction of Jones-Hartshorn Funeral Home.

Bobby Clint Knight, age 45, formerly of Hamburg, died surrounded by his family Sept. 2, 2020 at his residence in Shreveport, La.

He was born on Feb. 18, 1975 in Crossett and was a 1994 graduate of Hamburg High School. He worked as a plumber for A&N Electric and R&S Plumbing. He also worked for Enable, formerly Centerpoint Energy.

He is survived by one daughter, Rebecca Marie Knight.

He graduated from Calvary Baptist High School in Shreveport in 2012 and received both his bachelor of history degree in 2019 and his masters of education degree in 2020 from University of Arkansas at Monticello. He taught at Hermitage High School and was a member of First Baptist Church of Hamburg.

He is survived by his wife, Emily Fluker Milam, and her parents, Ron and Angel Fluker.

He was preceded in death by his father, Bo Rice; his mother, Darlene Piper Rice; one half-brother, Bobby J. Rice Jr.; one stepdaughter, Cindy Smith; and one stepson, D.J. Jackson.

He is survived by one son, Bobby Rice Jr. and wife, Corinsa, of Quitman; one daughter, Kathy Melton of Pea Ridge; two step-daughters, Malissa Jackson of Missouri and Vickie Hilburn of Pea Ridge; one brother, John Rice and wife, Karla, of Monticello; two sisters, Julie Rice Kinnaird and her husband, Phil, and Renee Rice Ferrell both of Fountain Hill; one stepsister, Carolina Nichols of Snyder; and five grandchildren.

Graveside services were held at 10 a.m. Monday, Sept. 14 in Greenhill Cemetery in Drew County with Bro. Joe Chambers officiating. Funeral arrangements were under the direction of Jones-Hartshorn Funeral Home.

Christopher Straub, 37, of Hamburg, died Saturday, Sept. 5, 2020. He was a native of Tishomingo, Miss., where he graduated from Tishomingo High School in 2000. He was a veteran of the United States Navy, a construction worker, and of the Baptist faith.

He was preceded in death by his grandfather, Donald Straub, and his grandmother, Carolyn Hutcheson.

He is survived by one son, River Straub of Hamburg; one daughter, Payton Davis of Iuka, Miss.; his mother, Sherry Norris, and husband, Joe, of Fulton, Miss.; his father, Ronnie Straub, and wife, Louise, of Bella Vista; two brothers, Andrew Straub of Rienzi, Miss., and Eric Straub of Cheyenne, Wyo.; and his grandparents, Dorothy Straub of Rogers and Lloyd Hutcheson of Tishomingo.

A private burial will be held at a later date in Forest Grove Cemetery in Tishomingo.

He was a member of Brown Temple Missionary Baptist Church where he served as a deacon for many years.

Some of his occupations included being a farmer, a fireman for the city of Montrose, and a school bus driver.

Burial will be in Montrose Cemetery.