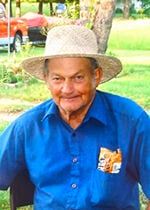 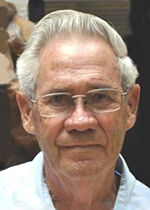 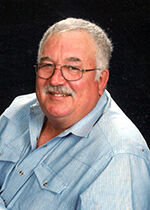 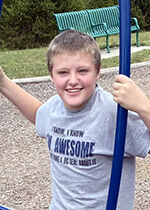 James Edward “Nubbin” Allen, 88, of Fountain Hill, died Wednesday, Sept. 8, 2021. He was a native of Oak Grove, La., and worked as a share-cropper on the Ward’s Farm there and in Kilbourne, La. He later worked in the garment industry and retired from S.E.A.M.S. Inc after many years of service.

He was a member of Shiloh Baptist Church and Allen’s Hunting Club.

Funeral services were held at 3 p.m. Saturday, Sept. 11 in the Jones-Hartshorn Funeral Home chapel with Bro. Elvin McDill and Bro. Harold Yandell officiating. Burial will be in Zion Cemetery.

She was preceded in death by her parents and one sister, Kerri Pennington.

A celebration of life ceremony will be planned at a later date.

Charles “Sonny” Booth, 87, of Hamburg, died Wednesday, Sept. 8, 2021 in Star City. He was a native of Camden, a truck driver for over 35 years, and a member of Ladelle Baptist Church.

He was preceded in death by his wife of 63 years, Dorothy Sue Booth; one great-granddaughter, ElleKate Carter; his parents, Perry and Verdell Ozment Booth; one sister, Beatrice Booth Johnson; and one brother, Cecil Booth.

He is survived by one son, David Booth and wife, LaWanda, of Hamburg; two daughters, Anita Booth of Hamburg and Debbie Carter and husband, Gary, of Tyro; one brother, Perry Booth Jr. of El Dorado; two sisters, Jean Elliott and husband, Jerry, of Hamburg and Ouida Wolfe and husband, Winston, of Hot Springs; five grandsons; and 12 great-grandchildren.

She was preceded in death by her maternal grandmother, Wendy Paulette Severe, and her great-grandfathers, Benny Leo Chandler, Bobby Laverne Brazier Sr., and Roy Rogers Gilley.

In addition to her parents, she is survived by one brother, Ryan Matthew Brazier; one sister, Lily Grace Del-Angel; her grandparents, Thomas Reppond, Judy Ann Brazier, and Bobby Brazier Jr. and his wife, Christy; her paternal great-grandmothers, Doris Marie Chandler and Marlene Brazier; and her maternal great-grandparents, Sharon Mann and her husband, Steven.

Timmy Craig, 62, of Hamburg, died Sunday, Sept. 12, 2021. He was a native of Crossett and a lifelong resident of the Milo community outside of Hamburg. He was a 1977 graduate of Fountain Hill High School and a construction worker at P.I.C. for 25 years.

He was a member of Mount Pleasant Free Will Baptist Church and W.W. Hunting Club.

He was preceded in death by his wife of 20 years, Gwen McCabe Craig; one grandson, Kyle Craig; one step-son, Joseph Adcock; and his parents, Jerry and Shelma Holland Craig.

He is survived by one son, Casey Craig of Hamburg; one step-daughter, Brittany Adcock and husband, Ronnie, of Monticello; one step-son, Scott Chatman and his husband, Rodger of Mabelvale; one brother, Barry Craig and wife, Tina, of White Hall; one sister, Kim Bowden and husband, Mark, of Fountain Hill; and six grandchildren.

Funeral services were planned for 2 p.m. Tuesday, Sept. 14 at Mount Pleasant Free Will Baptist Church with Bro. Keith Boseman officiating. Burial was to be in Eden Cemetery.

Anita Foster, 84 of Crossett, died Sunday, Sept. 5, 2021 at her residence. She was a native of Clarksville and a former resident of Fort Smith. She was a public school teacher for 36 years and a member of Gates Chapel African Methodist Episcopal Church where she served as recording secretary, sang in the choir, and was a missionary. She was also a member of Delta Sigma Theta Sorority Inc.

She was preceded in death by her parents, Bleeker and Mildred Phillips, and one sister, Lela Muldrew.

She is survived by her husband of 59 years, Columbus ‘C.T.’ Foster; one brother, Bleeker Phillips Jr. of Chicago, Ill., and one sister, Francis Loftis of Crossett.

A memorial service will be held at a later date.

J.T. Peters, 13, of Hamburg, died Sunday, Sept. 12, 2021. He was a native of Crossett and a lifelong resident of the Milo community outside of Hamburg. He was a ninth-grade student at Hamburg High School, where he was a member of Future Farmer’s of America, and he attended Eden Baptist Church.

He was preceded in death by his grandparents, Barbara Peters, Robert Ruckoldt, and Vickie Liker.

He is survived by his parents, Gary and Pamela Ruckoldt Peters, and one sister, Miranda Peters, all of Hamburg; two brothers, Logan Moore of Watson and Dustin Snow of Dewitt; his grandfather, Rev. John L. Peters of Hamburg; and his step-grandparents, Dave and Valerie Curtis of Pueblo West, Colo., and Dwight Smith of McAllen, Texas.

Funeral services will be held at 2 p.m. Wednesday, Sept. 15 at First Baptist Church of Hamburg with Bro. Keith Hicks and Bro. J.W. Dobbins officiating. Burial will be in Zion Cemetery.