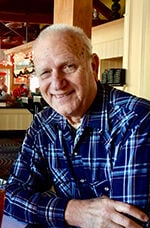 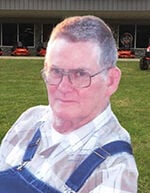 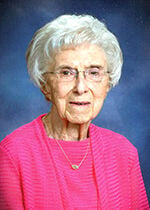 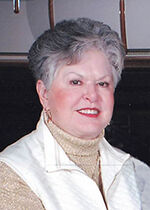 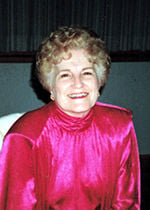 He was a 1955 graduate of Hamburg High School, studied chemical engineering at University of Arkansas at Monticello, and was a veteran of the Korean War, where he was a radio repairman in the USAF. He was a mentor, minister, and volunteered many years as a Sunday school teacher.

In lieu of flowers, donations may be sent to Dementia Society of America, www.dementiasociety.org.

Rose Marie Duckworth, age 86, died Aug. 22, 2021 in Shreveport, La. Formerly of Crossett, she was a retired elementary school teacher. She taught school at Crossett School District for 30 years. She was a native of Stamps and a member of the First Baptist Church on Martin Luther King Jr. Dr.

She was preceded in death by her husband of 52 years, Robert Lee (Jack) Duckworth; her parents, Jacob and Hattie Manning Thompson; one brother, Jacob T. Thompson; and one sister, Eula V. Thomas.

She is survived by one daughter, Iris Renee Duckworth of Shreveport; two sons, Roderic Leon Duckworth (Cyneetha) of Tallahassee, Fla., and Robert Chandler Duckworth (Asara) of Rockwell, Texas; four grandchildren; and one great-grandchild.

Honorary pallbearers were the deacons and trustees of First Baptist Church and Leondras Simpson.

Julian Estelle, 81, of Hamburg, died Monday, Aug. 23, 2021. He was a native of Ashley County, a lifelong resident of the Milo community, and a 1958 graduate of Hamburg High School. He worked for Georgia-Pacific Corporation for 17 years and was the owner and operator of Estelle Farm Equipment for over 50 years. He was a deacon and a member of Mount Pleasant Free Will Baptist Church. He was a former president of Ashley County Cattleman’s Association.

He was preceded in death by his wife of 42 years, Dorothy Lee Willard Estelle, and his parents, Cloy and Thelma Johnson Estelle.

He is survived by one daughter, Penny Corder and husband, Eddie, of Hamburg; one son, Robert Estelle and wife, Carolyn, of Lacey; one sister, Peggy Gifford of Hamburg; two grandchildren; and two great-grandchildren.

Helen Higginbotham Foote, 95, of Hamburg, died Sunday, Aug. 29, 2021, at Ashley County Medical Center in Crossett. She was a native of Lake Village, a graduate of Hamburg High School, and a graduate of Baptist Nursing School in Little Rock where she received her degree as a registered nurse.

She worked as a floor nurse/surgical nurse at Ashley County Medical Center, formerly the Crossett Hospital; as the Hamburg School District school nurse; and as a home health nurse for the Arkansas Department of Health.

Virginia Lou Grimes, 78, of Portland, died Tuesday, Aug. 24, 2021, in Crossett. She was a native of England and a 1960 graduate of Portland High School. She was a member of Portland Baptist Church.

She was preceded in death by one daughter, Gina Smith; her father, Bob Fisher; and one sister, Pat Tumlison.

Funeral services were held at 2 p.m. Friday, Aug. 27 at Portland Baptist Church with Bro. Mark Harris officiating. A private burial will be in Portland Cemetery at a later date.

Beverly Jean Robichaud, 91, of Hamburg, died Wednesday, Aug. 25, 2021. She was a native of Waukegan, Ill.; a resident of the Pine Hill community outside of Hamburg for the past 2 ½ years; and a former resident of Las Vegas, Nev., for 40 years.

A 1948 graduate of Waukegan High School, she completed four years of college and remained a 50-year member of the Beta Sigma Phi Sorority, Delta Master. She worked for All-State Insurance Company, having retired as a supervisor.

She was of the Catholic religion and received her last rites.

She was preceded in death by her husband of 40 years, Dan Robichaud; her parents, Joseph and Adeline Jackson; and one brother, Joey Jackson.

He served his country in the United States Air Force. He served stateside during the Vietnam era as an electrician who worked on planes.

He was a competitive shooter who competed in NRA national matches. He ranked #7 in the United States.

He was preceded in death by his parents, Alonzo McClellan Vought II and Helen Delene Watkins Baty; one son, Jonathan Vought; one brother, “Mac” Vought; and his stepmother, Kay Vought.