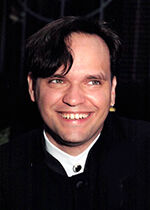 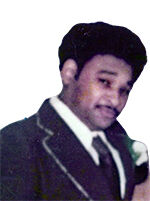 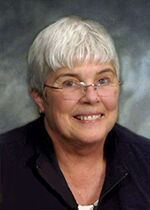 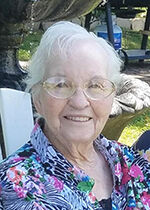 Terry Roy Hernandez, 51, of Hamburg, died Monday, Oct. 12, 2020. He was a native of Vicksburg, Miss., a resident of Hamburg for the past five months, and a resident of Memphis, Tenn., for over 30 years. He was a carpenter, having worked for Gibson Guitar Company in Memphis.

He was preceded in death by his grandparents, Alfred and Addie Hernandez and Toni Leann “Tootie” Smith.

He is survived by one son, Ethan Hernandez of Memphis; his mother, Jane Rowe of Southhaven, Miss.; and two sisters, Karen Battaglia of Bay St. Louis, Miss., and Deborah Smith and husband, Mike, of Southaven.

A memorial service will be held at a later date. Arrangements are under the direction of Jones-Hartshorn Funeral Home.

She was born in Pine Bluff on July 26, 1938, was a 1956 graduate of Hamburg High School, and was a member of South Main Baptist Church.

She worked for Ashley Memorial Hospital for over 30 years in various capacities including as a nurse’s aide and switchboard operator.

She was preceded in death by her parents, Arvey and Alta Firestone Hughes; her husband of 32 years, Nathan Glen Morgan; one brother, James Hughes; and one sister-in-law, June Hughes.

A celebration of life graveside service was held at 2 p.m. Saturday, Oct. 17 in Crossroads Cemetery with Bro. Lyle Hern and Bro. Bruce Culp officiating and under the direction of Medders Funeral Home.

Oliver DC Moseley Jr., 80, of Lake Village, died Monday, Oct. 12, 2020 at CHI St. Vincent Hospital in Little Rock. He was a native of Lake Village, a former resident of Chicago, Ill., and a welder. He was a member of New Hope Missionary Baptist Church.

He was preceded in death by his parents, Oliver DC Moseley Sr. and Mary Lee Anderson Moseley; one brother, Lezear Moseley Sr.; and two sisters, Evelyn Moseley-Brooks and Lillie Moseley-Jackson.

Graveside service was held Saturday, Oct. 17 at 11 a.m. in New Cemetery in Lake Village with Rev. Glenn McJoy officiating and under the direction of Cromwell Funeral Home.

Janna M. Rorex, 72, of Monroe, La., died Monday, Oct. 12, 2020. She was born in Little Rock in 1955. She graduated from Neville High School and then from University Of Arkansas Medical Science College Of Health Professions.

She worked as a dental hygienist in Little Rock and was an owner and breeder of Bedlington Terrier dogs. She participated in AKC National and Invitational Dog Shows, including the Westminster Kennel Club Dog Show in New York and the Eukanuba Dog Show in Florida.

She was a member of Parkview Baptist Church and of Monroe Athletic Club.

She was preceded in death by her parents, George M. Rorex and Dorothy Dew Rorex.

She is survived by her cousins and a host of friends.

In lieu of flowers, memorials may be sent to Hamburg Cemetery Association, PO Box 15, Hamburg, AR 71646.

Frances Streeter, 87, of Bastrop, La., died Sunday, Oct. 18, 2020. She was a native of Forest, La., and was employed by International Paper Company in Bastrop. She and her husband owned Streeter Taxidermy before she worked at Red Barn in Log Cabin, La.

She was a breast cancer survivor of 22 years and worked toward breast cancer awareness. She was raised in the Pentecostal faith and would sing in church.