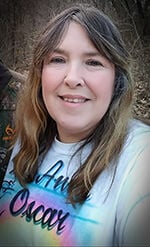 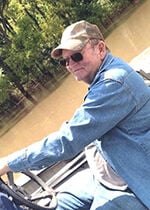 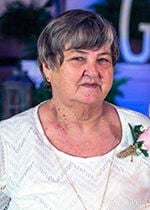 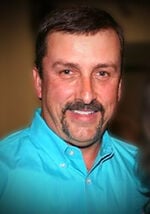 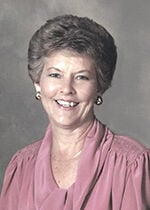 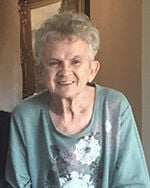 She was preceded in death by her father, Ralph D. Jackson, and one brother, Steve Stevenson.

A celebration of life graveside service was held at 2 p.m. Tuesday, Oct. 12 in Crossroads Cemetery with Bro. James Harrington officiating.

Robert Earl Cornelius Jr., age 51, of Crossett died Friday, Oct. 1, 2021 at Life Touch Hospice in El Dorado. He was a native of Camden, a retired lift driver for GP Paper Mill, a member of New Bethel Baptist Missionary Church, and a Mason member of Exodus Lodge 403.

He was preceded in death by his father, Robert Earl Cornelius Sr.

Johnny Gale Knight, 74, of Hamburg, died Wednesday, Oct. 6, 2021 at his residence. He was a lifelong resident of the Milo community. After he graduated from Hamburg High School in 1965, he entered the United States Army, having served during the Vietnam Era. He was a construction worker and a construction superintendent for Pioneer Civil Construction for over 25 years, having retired in 2020. He was a member of Egypt Missionary Baptist Church.

He was preceded in death by his father, John McCoy Knight, and one daughter-in-law, Sheena Knight.

Earlene Livingston, 81, of Hamburg, died Thursday, Oct. 7, 2021, in Little Rock. The native and lifelong resident of Ashley County was a 1958 graduate of Fountain Hill High School. She worked as a waitress at Sammies Restaurant for over 15 years. She attended Pleasant Lane Baptist Church.

She was preceded in death by one great-granddaughter, Abigail Watson; her parents, Herman Levi and Frances Deora Godwin Collier; and one brother, George Collier.

For several years, he served as a shop steward for the USW Local 369 and was the president of Hickory Grove Cemetery Board for two years. He was also a 32nd-degree mason and a boilermaker.

He traveled as a boilermaker for some time, working at different plants whenever needed, until he was hired by the Bemis Bag Company in Crossett. After a few years at Bemis, he began a career that would last 21 years with Georgia Pacific, working as a boilermaker/mechanic in the maintenance department then an air technician for the last 15.

He was preceded in death by his parents, Aubrey and Dorothey Miller Orr.

A graveside service with masonic rites was held at 2 p.m. Thursday, Oct. 7 in Hickory Grove Cemetery in Crossett with Bro. Keith Boseman officiating.

Services were under the direction of Medders Funeral Home.

Sarah Varnell Robinson, 83, of Hamburg, died Sunday, Oct. 10, 2021, at Drew Memorial Hospital in Monticello. She was a native of Carthage, a resident of Hamburg for over 40 years, and a former resident of Malvern; Portland, Ore.; and Houston, Texas.

She worked for over 30 years as an executive secretary for Georgia-Pacific and retired as the Ashley County tax collector after several years.

She was a member of First Baptist Church.

She was preceded in death by her husband of 61 years, James Robinson; one son, James “Jimmy” Neal Robinson; and her parents, Wilbur and Lillian Sims Varnell.

She is survived by one daughter, LouAnne Richardson of Hamburg; three sisters, Patsy Montgomery and Yvonne Samons and husband, Jerry, both of Little Rock and Wilma Silvers of Pine Bluff; one brother-in-law, Curtis Robinson and wife, Melba, of Friendship; and three grandchildren.

Graveside services will be held at 10 a.m. Thursday, Oct. 14 in Hamburg Cemetery with Rev. Ty Danielson and Brandon Murphy officiating.

Patsy Ruth Johnson Simpson, 76, a native of Crossett, died on Saturday, Oct. 9, 2021 at Ashley County Medical Center. She attended Crossett High School and then traveled with her husband.

She was preceded in death by one son, Rickey McDaniel; her parents, Dooley and Loene Meeks Johnson; two brothers, Charles Edward Johnson and Bobby Ray Johnson; and one sister, Doris Nell Johnson Hudson.

The family will have a private memorial service at a later date. Arrangements are under the direction of Jones-Hartshorn Funeral Home.