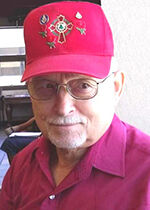 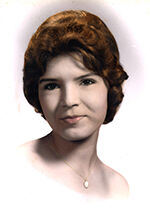 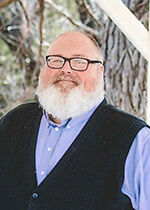 Emory Edward “Ed” Cross, 76, lifelong resident of Hamburg, died Tuesday, Sept. 28, 2021, in Little Rock. He attended Hamburg High School where he played football and worked as a produce manager at Piggly-Wiggly for many years. He was a 32nd Degree Mason, having received his 50 Year Pin, the treasurer of Hamburg Prairie Lodge #465, and a member of Promise Land Missionary Baptist Church.

He was preceded in death by his first wife, Brenda Sue Stanley Cross; his parents, Willie and Jo May Savage Cross; two brothers, David Milton Cross and Herman Cross; and one stepson, Ted Hennington.

He is survived by his wife, Barbara Kilcrease Cross of Hamburg; one daughter, Karen Williams of Montana; three sons, James Cross, Steven Cross and wife, Angel, and Michael Cross and wife, Melanie, all of Crossett; two stepdaughters, Babs Shockley and husband, Bobby, of Hamburg and Beth Knight and husband, Clay, of Sheridan; one stepson, Earnie Hennington and wife, Jacque, of Hamburg; two brothers, Lewis Melvin Cross of Crossett and Bobby Wayne Cross of El Dorado; 16 grandchildren; and 19 great-grandchildren.

Honorary pallbearers were members of Hamburg Prairie Masonic Lodge #465 and Crossett Masonic Lodge #576. Funeral arrangements were under the direction of Jones-Hartshorn Funeral Home.

Patty Griffith, 72, of Fountain Hill, died Wednesday, Sept. 29, 2021, at her residence. She was a native and former resident of Hamburg, having attended Hamburg High School, and she was a homemaker.

He was a native of Indianola, Miss., and graduated in 1977 from Indianola Academy. He was a member of Portland Baptist Church and worked as an emergency medical technician for several years.

He was a member of Jackson Gamers - Miniature War Games. He often worked the election polls.

He was preceded in death by his parents, William O. Murdaugh Jr. and Gladys Kimble Murdaugh.

He is survived by two brothers, William Murdaugh of Spotsylvania, Va., and Richard Murdaugh and wife, Amanda, of Portland; and a host of nieces and nephews.

A memorial service will be held at 2 p.m. Monday, Oct. 11 at Portland Baptist Church with Bro. Mark Harris officiating.