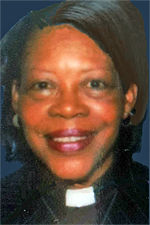 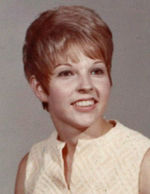 She was a native of Crossett, a Methodist minister, and a member of St. Peter African Methodist Episcopal Church in Lake Village. Rev. Jackson was a former pastor of Young Chapel A.M.E. Church in Dermott, Mt. Olive A.M.E Church in Tarry, and St. John A.M.E. Church in Watson.

She was preceded in death by her father, Matthew Jackson; her mother, Raye Marie Evans Jackson Moss; her step-father, Malvin Moss; and one sister, Christeen Jackson.

Wanda Stinson McHan, age 69, of Crossett, died Oct. 11, 2018, at Ashley County Medical Center in Crossett. She was born March 9, 1949 and was a retired caregiver at Magnolia Manor in Hamburg.

She was preceded in death by her mother, Willene Stinson; and two daughters, Tammy Renee Hopkins and an infant daughter.

A celebration of life was lead by Johnnie M. Bolin at 2 p.m. Sunday, Oct. 14, at the Medders Funeral Home chapel in Crossett with burial following in Unity Cemetery.