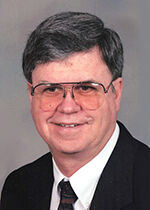 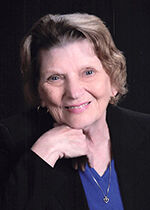 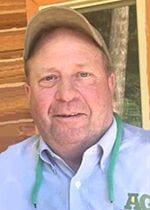 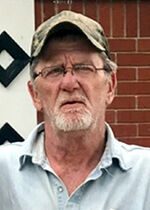 She did secretarial work for various companies, including the wood-molding business she and her husband operated for several years.

She was preceded in death by her parents, Oren and Flossie Boyd Collins; two sisters, Mary Roberson and Martha White; and one brother, Jim Collins.

A private celebration of life service was held at 2 p.m. Wednesday, Oct. 7 at Medders Funeral Home with Bro. Jamie Staley officiating and was followed by burial in Carter Cemetery.

She was preceded in death by her father, Charlie Harris Sr. and Carol Ann Middlebrooks Harris; her mother- and father-in-law, Lemmie and Josephine Clingen; and one grandchild, Justin Clinger Jr.

A celebration of life service was held at 10 a.m. Thursday, Oct. 8 at Pine Grove Community Church with Bro. Doug Edwards officiating and was followed by burial in Tillou Cemetery under the direction of Medders Funeral Home.

He was a veteran of the United States Army, having served during the Vietnam Conflict. He was a court clerk for Harris County, Texas, district clerk’s office. He was a member of Magnolia Baptist Church and American Legion Post 111.

He was preceded in death by his parents, John and Louise Harper Hazlewood.

He is survived by his wife of 56 years, Margaret Cole Hazlewood; two daughters, Gina Brockwell and husband, Tony, and Gretchen Hazlewood, all of Crossett; one sister, JoNell Hazlewood Duke of Houston; two brothers, Robert Cole and wife, Martha, and Martin Kristen and wife, Kay, all of Crossett; one sister-in-law, Elizabeth Atkinson of New Caney, Texas; and three grandchildren.

Joyce McElroy, 81, a native and lifelong resident of Crossett, died Tuesday, Oct. 6, 2020. She was a 1957 graduate of Crossett High School, a registered nurse, having worked at Ashley County Medical Center for 20 years and Morehouse General Hospital for 10 years, and a member of Magnolia Baptist Church.

Funeral services were held at 10 a.m. Friday, Oct. 9 in the Jones-Hartshorn Funeral Home chapel with Bro. Mike Griffith officiating. A private burial was in Carlock Cemetery.

Frank Augustus Pugh, 62, native and lifelong resident of Portland, died Friday, Oct. 9, 2020, at his residence. He was a 1977 graduate of Montrose Academy, the owner and vice president of Arkansas AG and GPS Gin Company, and a member of Portland United Methodist Church.

He was preceded in death by his parents, Thomas Robert “Tom” and Elsie Silverman Pugh.

Funeral arrangements were under the direction of Jones-Hartshorn Funeral.

James Lamar “Jimbo” Ralph, 61, a native and lifelong resident of Hamburg, died Sunday, Oct. 11, 2020, at his residence. He was a 1977 graduate of Hamburg High School, worked at Georgia-Pacific Tissue Mill for 22 years, and owned and operated J & S Quick Lube. He was a member of Gardner Baptist Church.

He was preceded in death by his father, Harrison Ralph.

He is survived by two daughters, Jeanie Ralph of Little Rock and Dora Ralph of Springdale; his mother, Ima Jean Cook Ralph of Hamburg; and one sister, Rhonda Cook and husband, Brad, of Monroe, La.

Graveside services are to be held at 10 a.m. Wednesday, Oct. 14 in Beech Creek Cemetery with Bro. Mike Chain officiating.

Betty Jo Walthall, 82, of Crossett, died Tuesday, Oct. 6, 2020, surrounded by her family. She was born in Huttig on Nov. 2, 1937, and for many years, worked at First National Bank of Crossett. She also worked as the mayor’s secretary for the City of Crossett.

She was a member of First Assembly of God Church, where she played the organ, occasionally the piano, and sang harmony. She was also a seamstress.

She was preceded in death by her parents, James and Relda Stinson Perry, and one grandson, Jon Wallace.

Her survivors include her husband of 65 years, Jesse Walthall of Crossett; one son, Terry Walthall, and wife, Anna, of Texarkana; two daughters, Lisa Wallace and husband, Don, of Hamburg and Jan Stephenson and husband, Bryan, of Monticello; two brothers, Bob Perry, and wife, Wanda, of Little Rock and Charles Perry of Hampton; one sister, Frances Allen, and husband, David, of Natchitoches, La.; nine grandchildren; and six great-grandchildren.

A celebration of life service was held at 10 a.m. Friday, Oct. 9 at First Assembly of God Church with Pastors Kenneth Neal and Bob Perry officiating. Burial followed in Crossroads Cemetery under the direction of Medders Funeral Home.

In lieu of flowers, donations can be sent in her memory to First Assembly of God Church Building Fund.