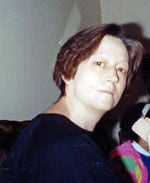 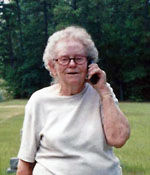 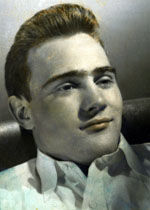 He attended Pine Bluff High School and played football and ran track at Arkansas A & M, now the University of Arkansas at Monticello. He was a cotton, soybean, wheat and rice farmer for 50 years. He was a Mason for over 60 years, having become a 32nd degree Mason and was a member of Hamburg Prairie Lodge #465. He was a member of Portland United Methodist Church.

A memorial service was held at 2 p.m. Sunday, Nov. 4 at Portland United Methodist Church with Rev. Toby Austin officiating. A private burial was in Portland Cemetery.

Brenda Higginbotham, 63, of Crossett, died Friday, Nov. 2, 2018 at her home. She was a native of Bastrop, La., but a resident of Crossett for the past 51 years. She was a member of South Main Baptist Church.

She is survived by one son, Gary Keith Higginbotham, of Crossett; one brother, Rev. Donnie O’Fallon, wife Marsha, of Weatherford, Texas; three sisters, Wanda Andrews, Glenda Giles, and Carol O’Fallon (Rick) all from Crossett; and one grandson.

Visitation will be from 10:30 to 11 a.m. before the service at South Main Baptist Church in Crossett.

Arrangements are under the direction of Cromwell Funeral Home.

Grace Florene Norrell, 99, of the Pine Hill community at Hamburg, died Wednesday, Oct. 31, 2018 at Stonegate Villa Health and Rehabilitation in Crossett. She was a native of Bastrop, La., and a retiree from RDM Manufacturing.

She was preceded in death by one son, Louis Douglas Norrell; her parents, Irvin and Effie Wallace-Taunton; one brother, Douglas Taunton; three sisters, Louise Knight, Pearl Jones, and Ocie Copeland.

She is survived by one grandson, Adam Norrell, of Atlanta, Ga.