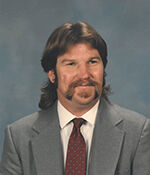 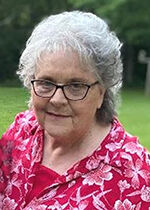 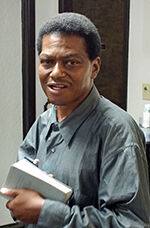 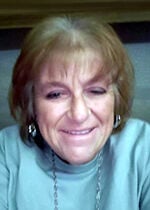 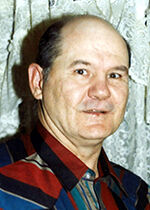 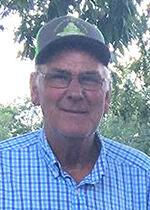 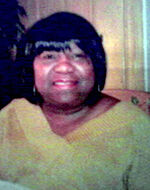 Graveside services were held at 2 p.m. Saturday, Oct. 31 in Fairview Cemetery with Rev. Charlie Stevens officiating.  Arrangements were under the direction of Carmichael-Whatley Funeral Directors.

He was born Oct. 23, 1952 in Shreveport, La., and attended Pampa High School and Clarendon College.

He was a paperboy for the Pampa News, worked in the oilfield, at Sherwin-Williams, at Levi Strauss, and many other jobs across the country.

He was preceded in death by his parents, P.R. and Louisa Britton.

He is survived by one sister, Mary Cantrell and her husband Tom of Pampa.

Patsy Sledge Curran, 74, of Crossett, died Saturday, Oct. 31, 2020. She was a native of Isola, Miss., and a resident of Crossett for the past 58 years. She was a homemaker and a member of Cloverdale Assembly of God Church, where she taught the adult Sunday school class and was active in the Women’s Ministry.

She was preceded in death by her husband of 58 years, Sam Curran; one son, Kevin Curran; her parents, Jasper David and Bonnie Lee Myers Sledge; and three sisters, Hazel Strickland, Ollie Faye Berdeaux, and JoAnn Aguillard.

Jerome P. Davis, 52, of Crossett, died Tuesday, Oct. 27, 2020 at his residence. He was a native of Vallejo, Calif., was self-employed in the landscaping business, and was a member of Kingdom Hall of Jehovah’s Witnesses.

He was preceded in death by his parents, J.W. Peep and Oralee Anita Phillips-Davis.

He is survived by two sisters, Lawana Davis-Mock, husband Lee, of Crossett and Tiffany Davis-Taylor, husband Eric, of Sacramento, Calif.

A memorial service will be held at a later date.

She was a licensed cosmetologist and worked at Castelana Salon before opening and operating The Pine Cove for the next 24 years.

She was a member of Daughters of the American Revolution, Beta Sigma Phi Sorority, and First Baptist Church of Crossett.

She was preceded in death by her parents, Lamar Marter and Myrtle Neel Hughes.

David Earl Harbour, 80, of Crossett, died Tuesday, Oct. 27, 2020, at his home. He was born in El Dorado on July 9, 1940. He was a 1958 graduate of Parkers Chapel High School and honorably served in the United States Army Security Agency in Germany during the Vietnam era.

He worked for 41 years with Georgia Pacific and retired as a multicraft mechanic and construction supervisor.

He was a member and deacon of First Baptist Church of Crossett, a Gideon for over 35 years, and a four-term Crossett City Council member.

He was preceded in death by his parents, Dale and Ellen Blakney Harbour; one son, James Calvin Harbour; two brothers, O.A. and Dale Harbour; and two sisters, Della Peeples and Fannie Davis.

Honorary pallbearers were the Gideons from the Crossett-Hamburg Camp.

In lieu of flowers, memorials may be sent to the local Gideons Camp, PO Box 83, Crossett AR 71635.

Lisa Banks Hudson, 50, of Fountain Hill, died Friday, Oct. 30, 2020, at her residence. She was a native of and was raised in Crossett and graduated in 1988 from Crossett High School. She was a homemaker, a member of Prairie Grove Baptist Church, and a former member of Pine Forest Missionary Baptist Church, where she taught Sunday school and vacation bible school.

She was preceded in death by one daughter, Leigh Hudson.

She is survived by her husband of 31 years, Larry Hudson of Fountain Hill; one daughter, Danielle Hudson Kreamalmyer and husband, Lance; her parents, Dennis and Marti Shaw Banks, all of Crossett; one brother, Shannon Banks and wife, Stephanie, of West Monroe, La.; and three grandchildren.

He graduated from Portland High School and worked for Georgia-Pacific Corporation Paper Mill for 41 years, having retired in 2007.

He was preceded in death by his wife of 50 years, Ola Hudson Land; one daughter, Kathryn “Kathy” Land Brown; and his parents, Sam and Elise Morris Land.

She was born Feb. 29, 1936, in El Dorado. She graduated from Pine Bluff High School and worked as a secretary for Bemis Bag Company in Crossett.

She was a homemaker and a member of Crossett Junior Auxiliary, where she served as vice president. She also served as president of Anderson Elementary Parent Teacher Association.

She was the owner of Pat’s Many Splendid Things and later opened the Trieschmann House Bed and Breakfast.

She was the ﬁrst woman president of Crossett Area Chamber of Commerce. She served many years on the Crossett Retail Merchants Committee. She served on the Ashley County Industrial Development Corporation Board of Directors, Southeast Arkansas Area Agency on Aging, Crossett Youth Center, Ashley County Heart Association as chairman, and the Crossett Committee on Education.

She was a member of First Baptist Church of Crossett, at times taught high school girls Training Union and fifth grade Sunday school, and was a member of the church ﬂower committee.

She was preceded in death by her parents, Floyd Cornelius Combs and Linnie Josephine Cessor Combs, and one brother, Charles John Combs.

Survivors include her husband of 64 years, Herman Owens of Crossett; three children, Rick Owens and wife, Cheryl, of Crossett, Rusty Owens and wife, Dana, of Lake Charles, La., and Misty Huerkamp and husband, Deron, of Arkadelphia; and four grandchildren.

A celebration of life service was scheduled for 2 p.m. Wednesday, Nov. 4 at First Baptist Church, 701 Main St., with Pastors Jamie Staley and David Newberry officiating. A private family burial will follow in Unity Cemetery under the direction of Medders Funeral Home.

Memorial donations may be sent to First Baptist Church or the UAM Hospitality Program, 1326 Hwy 52 West, in Crossett, AR 71635.

He was born in Dermott on Nov. 9, 1957 and attended Crossett High School. He was of the Baptist faith and for many years worked in the hospitality industry for The Crossett Leisure Lodge, The Lakewood Inn, and Oakhurst Minit Shop.

He was preceded in death by his father, James E. Schlesier; his mother, Tommie Boggs; one brother, Jimmy Schlesier; and his grandparents, Thomas and Birdie McFalls, and Ernest and Laura Bell Schlesier.

He is survived by one brother, Bill Schlesier of Crossett; and one sister, Paula Beasley, and husband, Darryl, of Monroe, La.

A celebration of life graveside memorial was held at 12 noon Thursday, Oct. 29 in Leek-Drake Cemetery in Star City with Rev. Sativa Carpenter officiating.

He worked for Mississippi River Transmission Gas Company for 28 years, having retired in 2003, and then worked with his son for Greenhill Lawn Service.

He was a member of Second Baptist Church, where he served as a deacon.

He was preceded in death by his father, TJ Stanley, and one brother, Kenneth Stanley.

Marilyn Kaye Stewart, 74, of Milwaukee, Wis., died Sunday, Oct. 25, 2020, at Aurora West Allis Memorial Hospital. She was a native of Crossett, a retired public-school teacher, and a member of Union Hill Baptist Church in Milwaukee.

She was preceded in death by her parents, Harry and Harriet Boswell-Stewart; one brother, Harry Stewart Jr.; and three sisters, Dorothy Stewart-Davidson, Verna Ray, and Addie Stewart.

She is survived by one sister, Lois Jean (Larry) Rogers of Crossett.