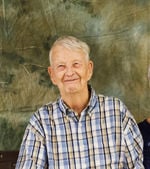 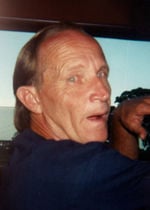 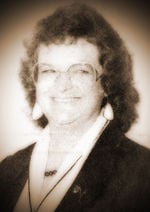 He was a member of West Crossett Missionary Baptist Church and a retired blacksmith for Georgia Pacific Paper Mill who gave 45 years of service to the company.

He was preceded in death by his parents, Rockford and Bernice Farmer; two sisters, Patricia Farmer Douglass and Dorla Alice McGilton; one brother, Troy “Buddy” Farmer; and one grandchild.

He is survived by his wife of almost 50 years, Chloe Mae Farmer of Hamburg; two sons, Rocky Farmer (Melissa) of Benton and Wade Farmer (Amber) of Hamburg; one daughter, Joy Johnson (Jason) of Monticello; five grandchildren; one great-grandson; and two sisters, Pamela Thornton and Angie Rodgers (Roy), both of Hamburg.

She was born Nov. 8, 1973, to her parents, Royce and Dorothy Baker Outlaw. She was a member of Crossett High School’s class of 1992; Highland Meadows Assembly of God Church in Red Oak, Texas; and for 15 years, the Baylor, Scott, & White Health Center family where she worked as a medical coder.

She was preceded in death by her father.

She is survived by her husband, Chris Gray of Waxahachie; five children, Hagen and Kirsten Thurman of Crossett and Carissa and Kristina Gray and Cassy Daniell all of Waxahachie; her mother; one brother, Randall Outlaw and wife, Dana, of Crossett; and three grandchildren.

Honorary pallbearers were members of the CHS Class of 1992.

Harold Gene Haynes, 68, of Hamburg, died Saturday, Nov. 24, 2018. He was a native and resident of Hamburg for many years and a former resident of West Palm Beach, Fla. He graduated from Hamburg High School in 1968, was a veteran of the United States Army having served during the Vietnam Era, and was a heating and air technician.

He was preceded in death by his parents, Harvey Lee and Tiny Bell Savage Haynes; two brothers, William Lee and Curtis Ray Haynes; and one sister, Christine Haynes.

He is survived by three children, Lisa Patillo and husband, Brian, and John Haynes, both of Texarkana, Texas, and Joshua Haynes and wife, Madison, of Wake Village, Texas; three brothers, Aubrey Haynes, John Haynes and Larry Haynes, all of Hamburg; two sisters, Leonia Crass of Hamburg and Shirley May Haynes of Crossett; and eight grandchildren.

She was born Dec. 14, 1946, to Clarence and Lois Grant Copeland. She was a lifelong resident of Crossett and a graduate of Crossett High School. She earned a bachelor of science degree in accounting from University of Arkansas at Monticello where she was elected as state conference coordinator of the business organization, Phi Beta Lambda. For many years, she worked for the Internal Revenue

Service as an auditor.

Along with her parents, she was preceded in death by one son, Andrew Edwin Browning; one husband, Russell Henderson; and one brother, Dale Copeland.

She is survived by two sisters, Becky Zintel and husband, Mark, and Amy Stanley, both of Crossett; four brothers, Charles Michael Copeland of Montana, Bill Browning and Edwin Browning, both of Crossett, and Aaron Browning of Little Rock; and two grandchildren.

A graveside service was held at 2 p.m. Wednesday, Nov. 21 at Pinewood Memorial Park under the direction of Medders Funeral Home with Bro. Keith Boseman officiating.