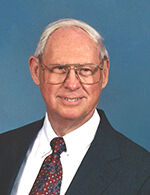 Evelyn Cessor, 79, of Hamburg, died Friday, Nov. 20, 2020, at her residence. She was a native of Snyder, a resident of Hamburg for the past 12 years, and a former resident of Montrose for many years. She was a homemaker.

She was preceded in death by her husband, James Cessor; her son, David Cessor; and her parents, Frank and Vera Burns Harbour.

She is survived by one son, John Cessor of Hamburg, her grandchildren and great-grandchildren.

There will be no services at this time. Funeral arrangements are under the direction of Jones-Hartshorn Funeral Home.

Jashon Dewayne Daniels age 28 of Crossett died on Tuesday, Nov. 17, 2020 at Ashley County Medical Center. He was a life long resident of Crossett and was of the Church of God in Christ faith.

He was preceded in death by his father, Jonathon Daniels; one brother, Fredrick Daniels; his grandfather, Curley Daniels; and his maternal grandmother, Dorothy Washington.

Roy Walker Vaden, 93, of Hamburg, died Wednesday, Nov. 18, 2020. He was a native and lifelong resident of Hamburg, a 1945 graduate of Hamburg High School, and a veteran of the United States Marine Corp. He worked for Carpenter’s Home Supply for over 30 years and was a member of First Baptist Church.

He was preceded in death by his wife of 52 years, Lavon Lloyd Vaden; his parents, Roy and Alice Bradney Vaden; and one sister, Aline Gardner.

He is survived by one son, Tim Vaden and wife, Julie, of Crossett.