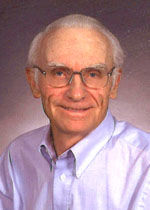 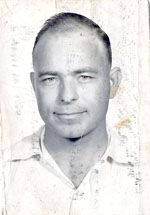 Larry D. Johnson, 75, of Hamburg, died Friday, Nov. 9, 2018.  He was a native of Monticello and a resident of Hamburg since 1966. He was a 1961 graduate of Drew Central High School, and he served in the Arkansas National Guard for six years. He owned LJ Land Leveling Company, and he worked for United States Soil Conservation, now N.R.C.S., for 20 years.

He was preceded in death by his parents, P.D. and Mary Frances Slocum Johnson.

He is survived by his wife of 55 years, LaWanda Carter Johnson of Hamburg; his children, Janay Johnson Jacks of Hamburg and Paul Johnson and wife, Nilia, of Monticello; and two grandsons.

Edward “Ed” Charles Streeter, 90, of Crossett, died Tuesday, Nov. 6, 2018 at Stonegate Villa Health and Rehabilitation. He was a native of Snyder and lifelong resident of Crossett, a retiree of G-P Plywood Mill, and of the Baptist faith.

He was born Aug. 23, 1941, in Crossett. He was a Navy veteran, studied forestry at Monticello

A&M, and was a retired engineer from the railroad. While working on the railroad, he was an AD&N track supervisor, a brakeman, and a local engineer.

He was preceded in death by his parents, Marshall Fred Thompson and Annabelle White Thompson; and his wife, Nancy Thompson.

A Celebration of his life was held at 2 p.m. Saturday, Nov. 10 at Crossroads Cemetery.

In lieu of flowers, the family requests donations or memorials be made to the charity of one’s choice in memory of Marshall Fred Thompson Jr.

Wayne Edward Williams Sr., 65, of Milwaukee, Wis., died Tuesday, Nov. 7, 2018. He was a native of Crossett and Hamburg, a carpenter, and of the Baptist Faith.

He was preceded in death by his parents, James Henry Williams and Clara Mae Gilbert-Williams; two brothers, Ronald and Rance Williams; and two sisters, Carol Ann Williams-Hubbard and Carla Williams-Green.

Services will be Friday, Nov. 16 at 11 a.m. at Phillip Grove Baptist Church in Hamburg with Rev. Murlee Carter officiating.

Burial will be in Phillip Grove Cemetery under the direction of Cromwell Funeral Home.