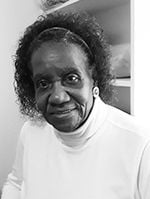 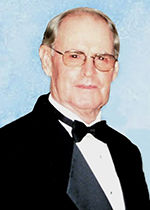 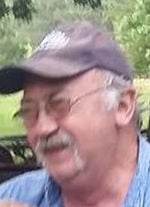 Kathryn “Maude” Louise Council, 87, of White Hall, died Sunday, April 26, 2020, at The Waters of White Hall. She was a native of Pine Bluff, raised in Hamburg, and a former resident of Chicago, Ill. for many years. She was a homemaker and a member of Mt. Zion Baptist Church.

A private service was held Friday, May 1 at 2 p.m. on the campus of Mt. Zion Baptist Church with Rev. Willie R. Taylor officiating.

Honorary pallbearers were the deacons of Mt. Zion Baptist Church, the staff of The Waters of White Hall, and Phil and Inez Barnes and family.

Services were under the direction of Cromwell Funeral Home.

Burial was in Johnson Memorial Cemetery.

He was a native of the Extra community, south of Hamburg and a resident of Hamburg since 1974.

He graduated from Hamburg High School in 1955 and went to work for the Crossett Company, which later became the Georgia-Pacific Corporation. He retired from Plum Creek after 41 years as a forestry technician.

He was a member of Hamburg First United Methodist Church and was a former member of Louisiana National Guard.

He was preceded in death by his parents, Joseph A. and Jessie Jewel Riels Farmer.

Graveside services were held at 2 p.m. Sunday, May 3 in Extra Cemetery with Stanton Veazey and Rev. Toby Austin officiating.

He worked as a converting mechanic for Georgia-Pacific Corporation Tissue Mill for over 43 years, having retired in 2013. He worked for C&W and G&W Rodeo Company from the 1970s until 1997. He was a member of Shiloh Baptist Church.

He was preceded in death by his parents, James Floyd and Virginia Riley Scott.