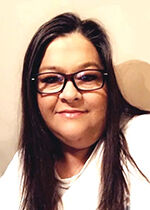 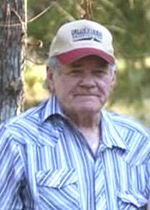 He worked as a stocker at Wal-Mart Supercenter, and he previously worked as a certified nursing assistant for Leisure Lodge and at various convenient stores.

He was preceded in death by his father, Phillip McDonald.

He is survived by his mother, Mae Bossert McDonald of Crossett; one brother, Robert McDonald of Fort Worth, Texas; and one adopted sister, June Terry Zheng of Laramie, Wy.

Arrangements were under the direction of Medders Funeral Home of Crossett. No services are planned at this time.

Shaffie Davone Miller, age 44 and a lifelong resident of Crossett died Monday, May 17, 2021 at her home. She a store cashier and a member of Hunter’s Chapel Baptist Church.

She was preceded in death by her mother, Glenda Faye Simpson, and one brother, Christopher Haynes.

Graveside service was held at 1 p.m. Friday, May 21 in Quinn Cemetery with Rev. Falana Hubbard officiating.

Service were under the direction of Cromwell Funeral Home.

Carmen Mondragon, 68, of Hamburg, died Saturday, May 22, 2021, in Little Rock. She was a native of Zacapu, Michoacan, Mexico, and a resident of Hamburg for 27 years. She was a homemaker and a member of Holy Spirit Catholic Church.

She was preceded in death by her parents, Antoniano Trujillo and Teresa Chavez, two brothers and one sister.

A Mass of Christian Burial was held at 10 a.m. Tuesday, May 25 at Holy Spirit Catholic Church with Father Stephen Hart as Celebrant. Burial was in Hamburg Cemetery.

Mary Louise Rice, 85, of Crossett, died Thursday, May 20, 2021, at Stonegate Health and Rehabilitation Center. She was born in Portland, on Oct. 5, 1935, and was a 1953 graduate of Drew Central High School, a 1957 graduate of Arkansas A&M College, and a 1975 graduate from Northeast Louisiana University where she earned a master’s degree in elementary education.

For over 30 years she taught elementary school in Crossett. She was a member of Alpha Delta Kappa Teachers’ sorority and of Jarvis Chapel Baptist Church.

She was preceded in death by her parents, Lem and Iris Ludene Bishop Collins.

Survived include her husband of 60 years, Charles Eugene Rice, Sr. of Crossett; one daughter, Kim Bundrick (Robert) of Shreveport, La.; one son, Charley Rice (Kim) of Monroe, La.; four grandchildren; and one great-grandson.

A celebration of life service was held at 2 p.m. Saturday, May 22 at Medders Funeral Home with Bro. Keith Boseman officiating followed by burial in Crossroads Cemetery.

She was a homemaker and a member of Promise Land Missionary Baptist Church.

She was preceded in death by her father, Vance Sadler, and one sister, Michele Sadler Everett.

She is survived by one son, Peyton Sadler; her mother, Betty Reed Sadler; one sister, Becky Haynes and husband, Mark, all of Hamburg; and two brothers, Loyd Sadler and wife, Kathy, of Lake Village and Michael Williams and wife, Gwen, of Parkdale.

Graveside services were held at 10 a.m. Friday, May 21 in Wilmot Cemetery with Bro. Josh Luellen and Bro. Philip Bowles officiating.

In lieu of flowers, donations may be sent to Jones-Hartshorn Funeral Home, PO Box 28, Hamburg, AR 71646.

Charles Ronald Summers, 76, of Hamburg, died Thursday, May 20, 2021, at his residence. He was a native of Snyder and a graduate of Hamburg High School. He was a truck driver for 47 years and a member of St. Marks Episcopal Church in Crossett.

He is survived by one son, Mark Summers and wife, Kriss, of Hamburg; one half-brother, Steven Hamilton of Crossett; five grandchildren; and six great-grandchildren.

A private service will be held at a later date. Arrangements are under the direction of Jones-Hartshorn Funeral Home.

Ruthie Mae Tabson, age 84, of Lake Village died Thursday, May 13, 2021 at Lake Village Rehabilitation and Care Center. She was a native of Parkdale, a homemaker, and a member of Morning Star Baptist Church in Lake Village.

She was preceded in death by four sons, Eugene and Henry Downs, William Henderson and George Edward Hester; her parents, Leander and Ozell Williams-Godfrey; one brother, Percy Godfrey; one sister, Mable Stanley; and one great-grandson, Tyler Ashford.

Service was held Saturday, May 22 at 11 a.m. at Central Baptist Church in Lake Village with Rev. E.C. Allen and Rev. Arthur Haney officiating and followed by burial in Zion Hill Cemetery in Parkdale.

Honorary pallbearers were her grandsons and nephews.