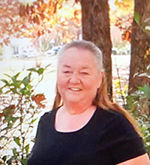 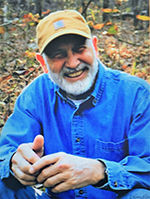 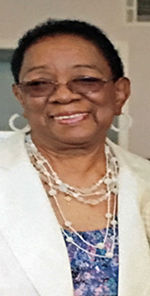 Dorothy Marie Gilbert Davis, 81 of Crossett, died Friday, May 15, 2020 at Drew Memorial Hospital. She was a native of Crossett, past resident of Summit, Ill., for several years, and a retiree of AC Delco Company. She was a member of Gates Chapel African Methodist Episcopal Church.

She was preceded in death by her husband of 54 years, Ray Davis; her parents, Ellis Gilbert and Lula Bea Hawkins Baker; and one brother, William Gilbert.

She is survived by one son, Tony Newton of Atlanta, Ga.; one daughter, Gale Williams, husband Steve, of Vacaville, Calif.; two grandchildren; and one great-grandchild.

Graveside services are Saturday, May 23 at 11 a.m. at Westview Cemetery with Rev. Harriel White officiating.

Patricia Ann Hunter, age 60, of Redfield, Arkansas passed away May 10, 2020 at Jefferson Regional Medical Center.   She was born in Monticello, Arkansas on February 24, 1960 to parents J. C.  Harold Caine and Ruby Annis Caine.  She was known to most of her family and friends as “Sis” or “Pat”.

Pat trained as a LPN and worked for many years at the Veterans Affairs.  She loved working with people.   The thing she enjoyed most in her life was spending time with her grandchildren, her family and her friends.

Due to the current COVID situation, there will be a private funeral service honoring Pat’s life held at a later date with limited attendance.

He was born March 20,1947 in Hamburg, AR to Ervin and Goldie Sivils. He graduated in 1965 from Hamburg High School. Bill attended UAM Monticello where he graduated with a business degree in 1969. Upon graduation he joined the Monticello Police Dept. Bill worked for Burlington Industries as a Data Processing Manager until joining IBM in Pennsylvania. His family spent two years in Australia with IBM where they later returned to Arkansas with Axiom. He is preceded in death by his parents; and five brothers.

Bill loved his Lord and his church family. He was a dedicated member of Mt. Olive Baptist Church, in Guy, AR. Bill was a very active member of the Gideons.  He loved working in his yard and taking care of his animals.

A Celebration of Life will be announced later.

In lieu of flowers donations may be made to the Gideons or Mt. Olive Baptist Church.

Bennie Alamedia Warren-Owens, 79, of Monroe, La., died Friday, May 15, 2020 at St. Francis Medical Center. She was a native of Crossett, a retired social worker, a member of New St. James Baptist Church, and a member of Delta Sigma Theta, Inc.

She was preceded in death by one daughter, Kimberly Nicole Owens; her parents, Sherman and Georgia Warren; and one sister, Lorene Williams.

She is survived by one son, Gregory Owens, wife Consonya, of Dallas, Texas; and five grandchildren.

Graveside service will be Wednesday, May 20 at 11 a.m. in Pugh Cemetery with Pastor Vance Price officiating.

Viewing was scheduled for Tuesday, May 19 from 1 p.m. to 5 p.m. at Cromwell Funeral Home.