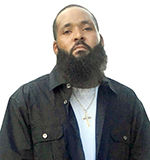 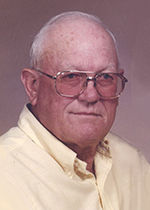 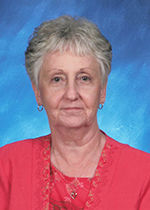 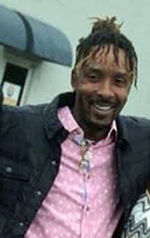 Patrick Juaquin Daniels, 36, of Monticello, died Saturday, May 2, 2020 in Dermott. He was a native of Fountain Hill, a merchandiser for Pepsi Cola Inc., and a member of Bethel African Methodist Episcopal Church.

He was preceded in death by his maternal grandmother, Nellie Spencer, and his paternal grandfather, Henry Porter Daniels.

A private graveside service was held Saturday, May 9 at 11 a.m. at Oakland Cemetery in Monticello with Rev. Daryle Daniels Jr. officiating.

Ramon C. Grantham, 90, of Portland, died Sunday, May 10, 2020, at his residence. He was a native and lifelong resident of Portland and a 1947 graduate of Portland High School. He was a veteran of the United States Army and a retired farmer.

He is survived by one son, Gregg Grantham and wife, Susie, of Portland; one daughter, Pamela Grantham Clayton of Mountain Home; three grandchildren; and two great-grandchildren.

Graveside services were planned for 10 a.m. Tuesday, May 12 in Portland Cemetery with Jerry Selby officiating.

Carolyn Sedberry Kelley, 79, of Hamburg, died Thursday, May 7, 2020. She was a native of Ashley County and a resident of the Promise Land community, outside of Hamburg, since 1971.

She graduated from Portland High School in 1959 and she worked at Ashley County Health Unit for 30 years, having retired in 2005.

She taught Sunday school for many years at Promise Land Missionary Baptist Church, where she was a member and was also a member of Lois Circle.

She was preceded in death by her husband of 54 years, Don R. Kelley; her parents, Woodrow and Jimmie Rowe Sedberry; one brother, Buford Sedberry; and one sister-in-law, Becky Sedberry.

Brent D’Andrew Martin, age 32, of Little Rock, died Friday, May 1, 2020 in Little Rock. He was born in Lake Village, raised in Hamburg, and of the Baptist faith.

He was preceded in death by his maternal grandfather, R.D. Morgan, and his paternal grandparents, Louis Gene and Valonia Martin.

A private graveside service was held Thursday, May 7 at 11 a.m. in Johnson Memorial Cemetery in Hamburg with Rev. Willie R. Taylor officiating.