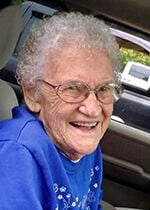 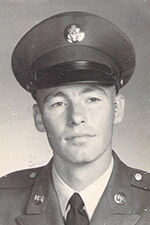 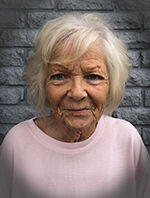 He was born Sept. 10, 1922 and worked for Georgia Pacific for 40 years. He was also in the United States Army Air Corp during World War II and was a member of Mt. Olive Baptist Church his entire life.

The family requests in lieu of flowers, donations be made to Simms Cemetery fund.

A celebration of life service was held at 11 a.m. Saturday, May 8 at Mt. Olive Baptist Church with Bro. Doug Hibbard officiating. Burial followed in Simms Cemetery under the direction of Medders Funeral Home.

Raymond Conley Sr., 96 of Milwaukee, Wis., died Wednesday, April 21, 2021 at the Veteran’s Hospital. He was a native of Wilmot, a G-P Plywood Mill retiree, and a member of Second Baptist Church where he served as a deacon and superintendent of Sunday school.

Graveside service was held at 11 a.m. Saturday, May 8 in Second Baptist Cemetery in Wilmot.

Robert Earl Cornelius, age 75, of Crossett died Friday, April 30, 2021 at University of Arkansas for Medical Sciences in Little Rock. He was a native of Camden, a retired electrician for G-P Paper Mill, and a member of New Bethel Missionary Baptist Church where he served as Sunday school superintendent, chairman of the board of Christian education, and a trustee.

He served on the Crossett School Board for 32 years, 11 of those years as president, and was inducted into the Ouachita Baptist University Hall of Fame.

Funeral service was held Friday, May 7 at 11 a.m. at Mt. Olive Baptist Church in Crossett with Pastor Jesse Radford Jr. officiating. Burial followed in Westview Cemetery. Pallbearers were the members of Exodus Lodge #403.

Elizabeth “Tiny Ann” Gulledge, 86, of Hamburg, died Sunday, May 9, 2021, at her residence. She was a native of the Mount Pleasant community east of Hamburg and a lifelong resident of Ashley County. She was a homemaker and a member of Southside Baptist Church.

Funeral services will be held at 2 p.m. Wednesday, May 12 in the Jones-Hartshorn Funeral Home chapel with Rev. Larry Huffman, John Dailey, and Rev. Lamar Huffman officiating.

Burial will be in Promise Land Cemetery.

Virginia Elaine Kupfner, age 78 of Hamburg died Thursday, May 6, 2021 at her home. She was a native of Delhi, La., a homemaker, and of the Baptist faith.

She was preceded in death by her husband, Glenn Kupfner, and her parents, Earnest and Frances Pearlie Rogers-Herrington.

No service will be held but burial will be Saturday, May 15 at 2 p.m. in Mt. Zion Cemetery.

T.P. was born on January 10, 1937 to Mable Susan Taylor Noble and Thomas P. Noble II in Port Arthur, Texas and passed away on Wednesday, May 5, 2021 from a broken heart over his wife of 57 years, Delores’ recent passing. He and Delores will be sorely missed.

T.P. was a resident of Shreveport and a Veteran of the Army National Guard of Louisiana and the United States Army Reserve. He was also a member of Greenwood Baptist Church for over 20 years.

He is preceded in death by his parents and wife, Delores. Left to cherish his memory are his first cousins, Carrol Noble of Hot Springs, Arkansas, Sarah Jane Noble Newton of Cleveland, Mississippi, Linda Noble Lange of Jackson, Mississippi, Olivia Taylor of Round Rock, Texas; and many distant cousins, including Imie Noble Carpenter of Hamburg, Arkansas.

In lieu of flowers, the family requests that donations be made to the Louisiana Baptist Children’s Home in Monroe, Louisiana.

Reba J. Stevens, 75, of Crossett, died Monday, May 3, 2021, at Ashley County Medical Center. She was born Jan. 24, 1946, was a lifelong resident of Ashley County. She was a member of Hamburg First United Methodist Church, and in 1964, she graduated from Hamburg High School before earning an associate degree in business at the Droanes Business School in 1965.

For 25 years, she worked at Ashley County Medical Center as a licensed practical nurse and social service worker.

She was preceded in death by her parents, Arnold and Doris Norrell Jenkins, and her husband of 33 years, James “Lamar” Stevens.