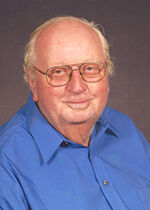 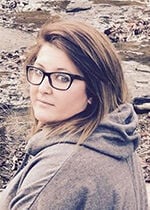 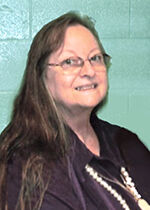 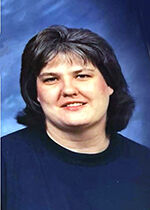 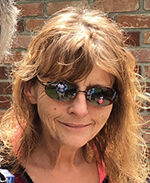 William Oliver Carpenter, 87, native and lifelong resident of Hamburg, died Monday, Feb. 22, 2021. He was a graduate of Hamburg High School, worked for the Arkansas Highway Department for over 20 years, and was a member of Promise Land Missionary Baptist Church. He was also a lifelong member of Mist Deer Camp.

Survivors include one brother, James Edwin Carpenter of Crossett.

He worked with Georgia Pacific, starting out sweeping floors and retiring in 1996 as a superintendent in the woodyard.

Brandy Nichole Hollis Guthrie, 35, of Hamburg, died Monday, Feb. 22, 2021, in Humble, Texas. She was a native of Fountain Hill, a resident of Humble for the past year, and a former resident of Blytheville and Monticello.

She was a 2003 honor graduate of Monticello High School and a 2006 graduate of University of Arkansas at Monticello where she received an associate’s degree before becoming a licensed cosmetologist.

She was baptized at Rose Hill Free Will Baptist Church in Monticello.

She was preceded in death by her father, David Glenn Hollis; her paternal grandfather, Kenneth Bolin; and one brother-in-law, Jared Guthrie.

She is survived by her husband of 10 years, Nathaniel Guthrie of Humble; her mother, Connie Hollis Melanson and husband, Louis, of Hamburg; one sister, Ashley Hollis Holt and husband, Justin, of Benton; and her grandmother, Brenda Woods Bolin of Fountain Hill.

A 1973 graduate of Hamburg High School, she also graduated from University of Arkansas at Monticello with a bachelor’s degree and worked as a social worker for the State of Arkansas.  She was a member of the Church of the Latter-day Saints.

She was preceded in death by her parents, Jack and Linnie Jones Keen.

She is survived by one daughter, Teresa Wright and husband, Brian, of Linden, Mich.; two sons, Sean Morgan of Sherwood and Tyler Morgan of Houston, Texas; one sister, D`Ann Martinez of Crossett; two brothers, Royce Keen and wife, Brenda, of Crossett and Lyndal Keen and wife, Nita, of Hallsville, Texas; and one granddaughter, Skyler Morgan.

Visitation was scheduled for 1:45 p.m. to 2 p.m. Wednesday at the cemetery.

She graduated from Airline High School in Bossier City, La., was a homemaker, and worked as a certified nurses assistant. She was a member of Promise Land Missionary Baptist Church.

She was preceded in death by her father, Gerrald Lee Sr.; one infant grandson, William Buck Murphy; and her grandparents, Joseph and Jesse Hinton and Carl and Bertha Lee.

She is survived by her husband of 34 years, Stanley H. “Butch” Murphy; one son, Skylor Holt Murphy of Hamburg; one step-son, Seth Murphy of W.V.; one daughter, Krystin Murphy of Hamburg; one step-daughter, Terra Matthews and husband, Rusty, of Farmerville, La.; her mother, Elizabeth Hinton Lee of Bossier City; one brother, William Gerrald Lee Jr. of Bossier City; her father and mother-in-law, Harold “Sugar” and Shirley Murphy of West Monroe, La.; and 10 grandchildren.

Gail Anne (Golden) Williams, 53, of Crossett went home to her Heavenly Father Tuesday, February 23, 2021. She was a loving companion, dedicated mother and grandmother and a wonderful friend.

After graduating from Crossett High School in 1985 she found happiness with her son and daughter in Gods gift of nature, she loved the outdoors life and enjoyed horseback riding, fishing, camping, hunting, gardening, riding 4 wheelers and could outdo many on “fixing up the old truck.”

Left to cherish her memories, is her  fiancé, John Castleberry, son, Trey Ebarb, daughter, Tana Ebarb, 5 grandchildren, Cloe, Gabe, Ryker, Liam & Ian all of Crossett and a host of family and friends.

We would like to thank the nurses of Hospice Home Care and all those who kept her lifted in prayer.

Jesus said, in John 11:25 “I am the resurrection and life. Anyone who believes in me will live, even after dying.”

The family will have a “Celebration of life memorial” officiated by Bro. Joey Johnson of North Crossett First Free Will Baptist Church at a later date.

For all those wishing to pay their condolences, the family will be at the home of her daughter Tana.