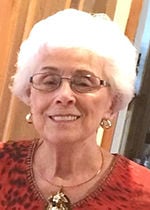 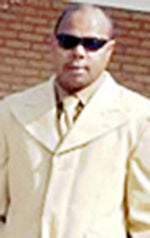 Jeannette Kervin Dickey, 84, of Hot Springs Village, died Friday, March 20, 2020. She was a native of Lake Providence, La., and was raised in Parkdale.

She was a resident of Hot Springs Village for the past 16 years and a former resident of Natchez, Miss., and Fordyce. She was a graduate of University of Arkansas at Monticello, a retired teacher, and a member of United Methodist Church.

She was preceded in death by her parents, Bonner Benoit Day and Geneva Tubbs Day, and her husband of 46 years, Donald C. Reed.

Due to the current CDC recommendations a private graveside service was scheduled for 2 p.m. Tuesday, March 24 at Causey Cemetery in Beekman, La.

In lieu of flowers, donations may be made to the Hope at Home organization.

Ben Edward Tyler, 55, of Irving, Texas, died Saturday, March 14, 2020, at Life Care Hospice Hospital in Dallas. He was a native of Lake Village, but a resident of Irving, Texas for 33 years. He was a forklift driver for Mattel Toy Company and of the Baptist faith.

Burial was in Woodson Temple Cemetery and under the direction of Cromwell Funeral Home.