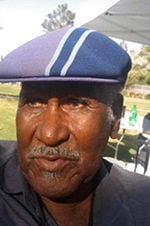 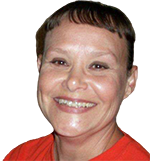 Ben Chandler, 91, of Lake Elsinore, Calif., died Jan. 13, 2020, at his home surrounded by loved ones. He was a native of Hamburg and worked for a construction company over 40 years before becoming self-employed doing construction and handiwork.

He was preceded in death by his mother, Zebbie Walker, and two sisters, Doris Griggs and Louise Ware.

Funeral service was held Jan. 31, at T.R.U.E Life of Elsinore Ministries in Lake Elsinore with Rev. Ernest Wilson officiating. Burial was in Lake Elsinore Cemetery under the direction of Tilman Mortuary of Riverside, Calif.

He was preceded in death by his parents, Billy Joe and Norma Ray “Sunny” Haney.

A celebration of life service was held at 10 a.m. Monday, March 16 at the Medders Funeral Home Chapel in Crossett.

In lieu of flowers, donations may be sent to Volunteers of the Crossett City Pound.

Barbara Jean Johnson-Lowery, 59, of Hamburg, died Wednesday, March 11, 2020 at Baptist Health Medical Center in Little Rock surrounded by her family. She was born in Crossett and lived in Hamburg most of her life. She was a retired forklift driver for Hood Packaging after serving 19 years and was a member of Church of Jesus Christ of Latter Day Saints.

She was preceded in death by one daughter, Brandy Lynne Wright; her father, Fulton Dewain Johnson; and two brothers, Michael Patrick and Tommy Eugene Johnson.

Burial was in Hamburg Cemetery and under the direction of Cromwell Funeral Home in Hamburg.