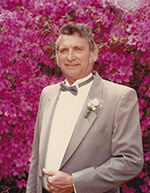 Erica Evette Jackson, age 47 of Little Rock, died Wednesday, March 3, 2021 at CHI St. Vincent Infirmary. She was a native of Wilmot but lived in Little Rock where she worked as a hotel manager. She was a member of Sweet Home Baptist Church and of the Faith Chapter #6 order of Eastern Star A.F. and A.M. of Little Rock.

She was preceded in death by her parents, Rita Jackson and Andrew Lewis, and two sisters, Mashona Diane Jackson and Dorothy Jean McDade.

Service was under the directions of Cromwell Funeral Home.

Aubrey Lee “Buddy” Lephiew, 73, of Crossett, died Saturday, March 6, 2021, at his home. He was born on June 25, 1947, graduated from Star City High School, and was a member of Community Chapel Baptist Church.

He retired in 2010 from a 44-year career with Georgia Pacific.

He was preceded in death by his parents, Aubrey and Mary Lee Owens Lephiew; one daughter, Belinda Jo Lephiew Matthews; and one sister, Mary Leverne Williams.

A celebration of life service was held at 10 a.m. Wednesday, March 10 at Medders Funeral Home with Bro. Mike Chain officiating.

He was preceded in death by his parents, John and Hazel Meeks; an infant son, Robert Glen Meeks Jr.; and two brothers, Mike Meeks and Fred Meeks.

Kay Lynn Simpson, age 61, a lifelong resident of Hamburg, died Monday, March 8, 2021 at Ashley County Medical Center. She was a homemaker and a member of Mt. Zion Baptist Church.

She was preceded in death by her parents, Roosevelt and Flossie Lee Simpson, and one daughter, Kandra Nicola Miles.

She is survived by three brothers, Roosevelt Simpson Jr. (GLoria), Jessie Arnold Simpson (Evelyn), and Leroy Simpson, all of Hamburg; one son, Chancey Martin of Hamburg; and sisters, Betty Lou Harrington and Laretta Smith, both of Hamburg and Jacqueline Simpson of El Dorado.

Services were under the direction of Cromwell Funeral Home.

He worked for Bemis Bag Company before offering electrical and HVAC work. He started and managed several businesses including the Duct Doctor and Watt Farms, which was recognized as 2018 Farm Family of the Year.

He was a member of Ashley County Bow Hunters Association and PSE Bow Hunting Shooting Staff.

He was preceded in death by his grandparents, Lindsey and Lucille Watt and Bill and Jean Jordan.

He is survived by his parents, Billy Mack and Billie Fran Watt; two daughters, Jordan Lynzee Watt and BreAnn Sturdivant; one son, Corby Sturdivant and wife, Caroline, all of Crossett; and one granddaughter.

A funeral service was held at 2 p.m. Wednesday, March 10 at Magnolia Baptist Church with Pastor Mike Griffith officiating. Burial followed in Crossroads Cemetery under the direction of Medders Funeral Home.