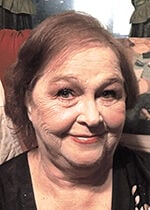 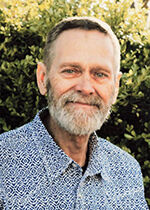 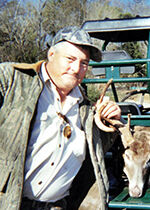 Carolyn “Ann” Austin, 74, of Hamburg, died Saturday, June 26, 2021 in Little Rock. She was a native of the Berlin community south of Hamburg and a 1965 graduate of Hamburg High School. She worked at Hamburg Shirt Factory, and later in home health as a certified nurses assistant. For many years she wrote the Extra Community News column for The Ashley County Ledger. She was a member of Tillou Baptist Church.

She is survived by her husband of 26 years, James L. Austin of Hamburg; one son, James “Jim” Pollock and wife, Lisa, of Bastrop, La.; one step-son, Philip Austin and wife, Jessica, of DeFuniak Springs, Fla.; two sisters, Sara Cruce of Monticello and Faye Hunter of Hamburg; five grandchildren; and two great-grandchildren.

Honorary pallbearers are the men of the Senior Adult Sunday School Class at Tillou Baptist Church.

Kenneth Lee Burchfield, 62, of Hamburg, died Monday, June 28, 2021, at his residence. He was a native of Crossett and graduated in 1977 from Crossett High School. He also graduated from University of Arkansas at Monticello, College of Technology in 1978. He worked for Georgia-Pacific Corporation in the maintenance department. He was a member of South Main Baptist Church and would visit Freedom Ministries.

He was preceded in death by one daughter, Ophelia “Opie” Lynn Baker, and his parents, Ecil and Sadie Gibbs Burchfield.

Funeral services will be held at 2 p.m. Thursday, July 1 at Freedom Ministries with Bro. Lyle Hearn and Apostille Angie Hogan officiating. Burial will be in Crossroads Cemetery.

William “Bill” Lewis Garner, 73, of Mountain View, died at his home Monday, June 21, 2021. He was born Sept. 18, 1947, in Atkins, was a former resident of Hattieville, and was a member of Herpel Missionary Baptist Church.

He joined the United States Navy serving as a radio operator on the U.S.S. Enterprise during both the Vietnam Conflict and the Korean War.

He was a carpenter by trade and spent many years working as a millwright and home builder.

He was preceded in death by his wife of 49 years, Barbara Ann Garner; his parents, William Lewis Garner and Elmeda Meeks Garner; one brother, John Elvin Garner; and one half-sister, Louise Jones.

A celebration of life service will be held at 1 p.m. Wednesday, June 23 at Community Chapel Baptist Church, 109 Hoss Carter Road in Crossett, with Rev. Michael Conyers officiating. Burial will follow in Crossroads Cemetery under the direction of Medders Funeral Home.

Visitation was scheduled from 5 to 7 p.m. Tuesday at Community Chapel Baptist Church.

James Earl Gosnell, 61, of Hamburg, died Thursday, June 24, 2021, at his residence. He was a native of Blytheville and a former resident of Portland. A 1978 graduate of St. Charles High School and a 1979 graduate of the Ricebelt Vocational-Technical School in Dewitt, he worked as an electrician for Dale Ross Drilling.

He was preceded in death by twin grandchildren, Willow and Memphis; his parents, O.V. and Carole Gilreath Gosnell; and his father-in-law, Dale Ross.

There will be a family-led graveside memorial service in Crocketts Bluff Cemetery at a later date.

Richard Earl Head, 69, of Junction City, formerly of Crossett and Huttig, died Wednesday, June 23, 2021, at his home surrounded by his family. He was born Aug. 16, 1951 and graduated Huttig High School in 1969. He was a member of Beech Street Baptist Church in Crossett.

He worked most of his life as a field service technician and engineer.

He was preceded in death by his parents, Earl and Marion Binns Head, and his wife of 48 years, Judy Jeffress Head.

A celebration of life service was held at 2 p.m. Saturday, June 26 at Beech Street Baptist Church with Pastor Donnie Dubose officiating. A private family burial followed in Unity Cemetery under the direction of Medders Funeral Home.

Larry Leon Mason, age 58 of Wilmot, died Saturday, June 26, 2021 at his residence. He was a native of Lubbock, Texas, and a retired carpenter. He was of the Assembly of God faith.

He was preceded in death by his father, Bufford Leon Mason.

After graduation, she attended South Arkansas Community College and earned an associate degree as a physical therapy assistant.

She was a member of both the National Audubon Society and Ducks Unlimited.

She was preceded in death by her father, Alan McElroy.

A celebration of life memorial service was held at 2 p.m. Friday, June 25 in the Medders Funeral chapel with Bro. Jamie Staley officiating.

She graduated from Parkdale High School and attended University of Arkansas at Monticello where she was later inducted to the Women’s Basketball Hall of Fame. She was also inducted into the Ashley County Hall of Fame.

Graveside service is set for Friday, July 2 at 11 a.m. in Childress Chapel Cemetery in Parkdale with Rev. Kentrell Woods officiating.