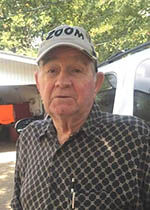 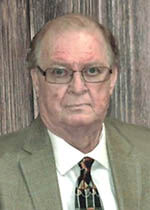 He was a veteran of the United States Army, and he worked at Leisure Lodge Nursing Home for many years. He was a member of Grace Fellowship Church.

He was preceded in death by his parents, Clyde and Hazel Reynolds Cassity; three brothers, Dale Cassity, J.W. Cassity, and Alvin Cassity Sr.; and one sister, Maybell Cassity.

A celebration of life service will be held at a later date. Arrangements are under the direction of Jones-Hartshorn Funeral Home.

James Ray “Jim” Yarbrough, 73, of Hamburg, died Sunday, May 24, 2020, at his home. He was a native of Laurel, Miss., and a resident of Hamburg for the past 39 years. He was a 1964 graduate of Beat Four High School in Wayne County, Miss., and then attended University of Southern Mississippi and Pensacola Junior College.

He served in the United States Navy and the United States Marine Corps as a combat corpsman and was a veteran of the Vietnam conflict. He was a member of First Baptist Church of Hamburg, where he served as the sound technician for 38 years, having worked the sound system for hundreds of church services, funeral services and weddings.

He worked for Barnes Lumber Company and played a 12-string guitar and autoharp.

He was preceded in death by his parents, James Walter and Roberta Gatlin Yarbrough; his step-mother, Ann Yarbrough; and his grandparents, L.D. and Ellie Bodie Gatlin and Walter H. Yarber and Christine Reddoch.

He is survived by his wife of 53 years, Linda Gardner Yarbrough of Hamburg; two sons, Ray Yarbrough and wife, Amy, of Crowley, La., and Clyne Yarbrough of Hamburg; two sisters, Beth McMichael and husband, James, of Eucutta, Miss., and Kim Ramsey and husband, John, of Thomasville, Ala.; his brother and sister-in-law, Jimmy and Ginger Gardner of Waynesboro, Miss.; and three grandchildren.

Honorary pallbearers were Phil Barnes, Bob Barnes and the employees of the Barnes Lumber Company.