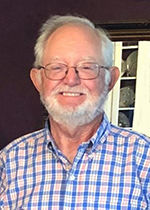 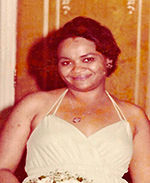 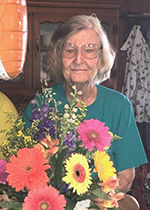 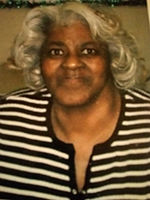 WL “Dub” Brown, 77, of Crossett, died Monday, June 15, 2020, at Jefferson Regional Medical Center. He was born July 4, 1942, in Huttig where he graduated Huttig High School before serving in the United States Navy. He was a member of Second Baptist Church of Crossett and after 43 years, retired as a machine operator in the Georgia Pacific Tissue Mill.

He is survived by his wife of 31 years, Deborah Hipp Brown of Crossett; two daughters, Kayla Brown-Lane (Daniel) of Monticello and Lavina Grider (David) of Hamburg; two step-daughters, Angela Charlene Smith of Monticello and Samantha Frances Maxwell (Dennis) of Louisiana; and one sister, Sylvia Ann McDonough of Florida; nine grandchildren; and three great-grandchildren.

A graveside service was held at 2 p.m. Thursday, June 18 in Crossroads Cemetery with Bro. Lloyd Townsend and Bro. Caleb Lane officiating and under the direction of Medders Funeral Home.

Harold “Sonny” Holland Jr., 71, of Hamburg, died Sunday, June 21, 2020. He was a native and lifelong resident of Hamburg, a 1967 graduate of Hamburg High School, and a 1971 graduate of Arkansas A&M, now the University of Arkansas at Monticello. He was part-owner and worked at the family-owned NAPA Store in Hamburg for 48 ½ years, and was a member of First Baptist Church. He was the voice of Hamburg Lion Football for over 20 years and coached summer league baseball for many years. He was also a member of Cottonwood Hunting Club.

He was preceded in death by his father, Harold C. Holland Sr.

He is survived by his wife of 37 years, Susan Boykin Holland of Hamburg; one daughter, Jessica Patoka and husband, Michael, of Star City; two sons, Harold “Trey” Holland III and wife, Kerry, of Hamburg and Richard Martin of Crestview, Fla.; one daughter-in-law, Andrea Martin of McGehee; his mother, Peggy Rose Newson Holland; one brother, Dennis F. Holland Sr., and wife, Sonja; one sister, Debbie Ladd all of Hamburg; and three grandchildren.

Rosia Marie Johnson, 82, of Lake Village, died Thursday, June 11, 2020 at Advocate South Suburban Hospital in Hazel Crest, Ill. She was a native of Lake Village, a retired certified nurses assistant, and of the Baptist faith.

Graveside service was held Saturday, June 20 at 10:30 a.m. in Strangers Rest Cemetery in Lake Village with Rev. Glenn McJoy officiating and under the direction of Cromwell Funeral Home.

Ruby Janet Shelton Johnson, 86, of Montrose, died Friday, June 19, 2020, at her home. She was a native of Watson and a resident of Montrose for 70 years. She was a homemaker, a farmer’s wife, and a worker for the shirt factory in Lake Village. She was a member of Montrose Baptist Church.

She was preceded in death by her husband of 63 years, Kimbro Johnson; her parents, Ross and Willie B. Lynn Shelton; one sister, Sherlene Jacobs; one brother, W.E. Holliday; and one daughter-in-law, Betty Johnson.

He is survived by his parents, Lloyd and Wanda (Jones) Pierce of Portland; and sisters, Nora (Reed) Breedlove of Portland, Cindy (Chris) Sims of McGehee, and Lisa (Jim) Coats of Tontitown.

He was preceded in death by one sister, Elaine.

A graveside service was held Saturday, June 20, at 10 a.m. in Jennie Baptist Church Cemetery and under the direction of Bishop-King Funeral Home.

She was preceded in death by her parents, Lillie Mae Dillard and Jim H. Spencer Sr.; two brothers, Willie C. Spencer and Lee Andrew Kelley; and one sister, Delore Henderson.

A private graveside service was scheduled for Tuesday, June 23 at 3 p.m. in Johnson Memorial Cemetery in Hamburg under the direction of Cromwell Funeral Home.