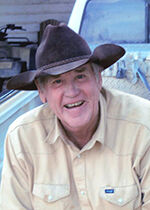 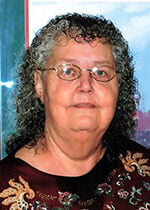 Monica Dean Greenwood Bozeman, “Monti”, was born to the late Mitch and Hattie Sutton Greenwood on September 13, 1965 in Little Rock, Arkansas. She went to meet her Lord and Savior on June 17, 2021. She accepted Christ as her personal Savior, December 18, 1979 at Trinity Free Will Baptist Church in Milo. She attended Mt. Pleasant Free Will Baptist Church in Milo where her heart was music and her church kids.

Surviving are her husband, soulmate and best friend, Ronnie Dale Bozeman, her sons, John Abram White and John William White, a daughter, Teresa Lynn Duckworth and Scott. Grandchildren, Kelsey and Sam, Josh, Dustin and Ryan; great-grandchild; Cypress Rauls. Nieces, Nikki King and Angie Miller and nephew, Mic King. Uncles and aunts, Gerald and Ida Greenwood, Louis and Brenda Greenwood, Judy and Roger Moore, and Johnny Sutton. Numerous great nieces and nephews, all a part of her heart and numerous cousins that she loved dearly. She is also survived by Rose Neill, who she called her second chance mother and her Bozeman family, Brenda and Terre, Sue and Del, Jim and Gail and Rick and families. Also, her precious dog, Socks.

Her hobbies and interest included cooking and playing the piano and singing. She loved her church family. She enjoyed helping with Hope for Home in Ashley County. She worked many years with developmentally disabled and served as 2001 Bradley County Pink Tomato Festival Chairman. Monti loved having company and loved having her table full of food and company. All were always welcome at her door.

More than anything, she knew this world was not her home, she was just passing thru. God gave her many days that she didn’t take for granted but at this time, He knew it was time for her to come home.

Willie Charles Brown, age 77 of El Dorado, died Friday, June 18, 2021 at Medical Center of South Arkansas. He was a native of Hamburg, a retired truck driver for Miller Trucking, and a member of Evergreen Baptist Church in El Dorado.

Funeral service will be Friday, June 25 at 11 a.m. in the Cromwell Funeral Home chapel with Rev. Roy E. Aaron officiating and followed by burial in Johnson Memorial Cemetery.

Service will be under the direction of Cromwell Funeral Home.

Kimberly Latrece Collins, age 43 of Hamburg died Friday, June 11, 2021 at CHI St. Vincent Infirmary. She was a native of Little Rock but was raised in Parkdale. She was the manager of Taco Bell and a member of Penny Chapel Christian Methodist Episcopal Church.

Honorary pallbearers were the stewards of Penny Chapel C.M.E Church.

Madison Allen Gilliam Jr., 71, of Portland, died Friday, June 18, 2021, in Little Rock. He was born in Carlisle and farmed first with his father and later with his son.

He served on the board of the Farmer’s Co-op for 10 years and was currently serving as president of Chicot County Watershed District.

He was also a member of Portland Baptist Church.

He was preceded in death by his parents, Madison Allen Gilliam Sr. and Ola Daniel Gilliam.

He is survived by his wife of 52 years, Linda Tumlison Gilliam of Portland; one son, Madison Allen “Mat” Gilliam III of Portland; and one granddaughter.

She was preceded in death by her husband, Bobby Slaughter; one her daughter, Renee Johnson; her parents, Wilson McCrory and Siscily Slater Cecil; two brothers, Jess McCrory and Benjamin Franklin McCrory.

She is survived by her twin sister, Ella Ferguson and husband, Bill, of Crossett; and one brother, Roger McCrory and wife, Donna, of Basehor, Kan.