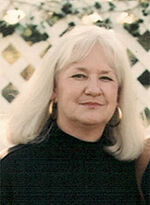 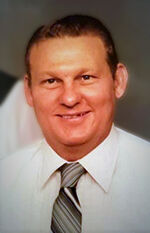 Jessie James Banks, age 83 of Hamburg, died Monday, May 24, 2021 at Lake Village. He was a native of Elaine and a member of Mt. Zion Baptist Church. He was a retired timber worker and operated a lawn service.

He was preceded in death by his parents, James and Adlaid Haynes Banks, and two sisters, Iretha Walter and Arnella Graham.

He is survived by two sons, Charlie Franklin of Dallas, Texas, and Larry Banks of Hamburg, and five grandchildren.

Service was held Saturday, May 29 at 11 a.m. in the chapel of Cromwell Funeral Home with Bishop Danny Mays officiating and followed by burial in Johnson Memorial Cemetery.

Margie Lee Dalton, 73, of Fayetteville, Arkansas, passed away on May 26, 2021 at Washington Regional Medical Center in Fayetteville. She was born on January 18, 1948 in Lake Village, Arkansas to Zane Russell Bozeman and Joyce Sutton Bozeman.

Margie was a member of Auld Baptist Church. She deeply cared for her family and enjoyed spending time with her grandchildren.

She is preceded in death by her parents; one brother, Jerry Bozeman, and one sister, Zanie Carpenter.

Graveside services will be Saturday, June 5, 2021 at 10 AM at Portland Cemetery in Portland, Arkansas.

Online condolences can be left at siscofuneral.com.

Stanley Dale McDill, age 65, of Hamburg died Monday, May 24, 2021 at his home. He was a native of Louisville, Miss., a retired truck driver, and a member of Rolfe Chapel Freewill Baptist Church.

He was preceded in death by one grandchild, Kristin Tate; his parents, James Elvin and Rose Florence Allen-McDill; one brother, Paul McDill; and one sister, Shirley Marie McDill.

Service was held Thursday, May 27 at 11 a.m. in the chapel of Cromwell Funeral Home with Bro. Carlton White, Bro. Elvin McDill, and Bro. Ray Mills officiating and was followed by burial in Mt. Zion Cemetery.

Jack R. Wallace, 82, of Crossett, died Thursday, May 26, 2021, at Ashley County Medical Center. He was born in Warren on Oct. 14, 1938 and was a 1958 graduate of LaPorte High School in Texas. He was a member of Beech Street Baptist Church and worked for 33 years at the Georgia Pacific Plywood plant as a general electrician.

He was preceded in death by his father and stepmother, Russell and Betty Wallace; his mother and stepfather, Clinton and Ona St. John Lyon; and one sister, Janice Wallace Wilkinson.