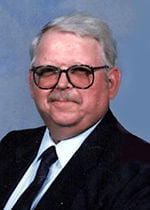 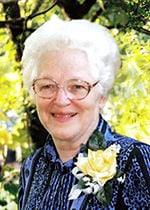 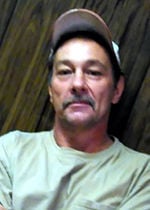 David W. Chance, 69, of Sheridan, died Monday, June 8, 2020, in Pine Bluff. He was a native of Memphis, Tenn., a resident of Sheridan since 1982, and a former resident of Redfield and Hamburg. He was a veteran of the United States Air Force and worked for Arkansas Power and Light and Entergy Corporation for 38 years.

He was a former fire chief of Clavert Township Fire Department in Sheridan, an emergency medical technician, and helped to build the B-17 Memorial Park in Grant County. A member of Calvary Missionary Baptist Church in Sheridan, he was also a Mason and a member of Sheridan Masonic Lodge #260 and Sheridan American Legion Post.

He was preceded in death by his parents, Walter and Lillian Norrell Chance; one sister, Violet Chance; and three brothers, Donald F. Chance, Charles Leon Chance, and Bobby H. Chance.

He is survived by his wife of 50 years, Ruth Ann Johnson Chance of Sheridan; one son, Wayne Chance of Benton; one daughter, Kimberly Chance of Hot Springs; five grandchildren; and one great-grandchild.

Mary J. Gee, 84, of Hamburg, died Monday, June 8, 2020, at her home. She was a native of Gilette and a resident of Hamburg for the past 64 years. She was a member of Hamburg First United Pentecostal Church and a homemaker.

She was preceded in death by her husband of 50 years, Jackson Basil Gee, and her parents, John Hubert and Helen Annie Mae Peters Branstetter.

Memorials may be made to Hamburg First United Pentecostal Church, PO Box 309, Hamburg, AR  71646. Funeral arrangements were under the direction of Jones-Hartshorn Funeral Home of Hamburg.

David Wayne McBride, 56, of Hamburg, died Saturday, June 13, 2020 at his home. He was a native of San Pedro, Calif., a resident of Hamburg for the past four years, and a former resident of Oak Grove, La. He graduated from Kilborne (La.) High School and was a truck driver.

He was preceded in death by his father and mother, Clyde McBride and Frances Shoemaker McBride.

He is survived by one daughter, Stephanie Sharp and husband, Michael, of Nashville; his step-mother, Jackie McBride of Monroe, La.; one brother, Troy Tolbert of Dawsonville, Ga.; two sisters, Tamera Grissiom of Start, La., and Teri Tolbert of Monroe; five grandchildren; and one great-grandson.

A memorial service will be held at a later date. Arrangements are under the direction of Jones-Hartshorn Funeral Home.