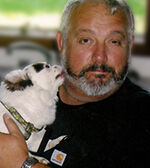 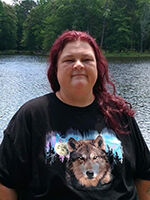 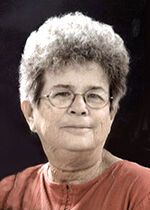 For 17 years, he worked on offshore oil rigs then followed that by truck driving for various employers for nearly 30 years.

He was proceeded in death by his father, Clarence Millard Beard; his mother and stepfather, Ouida Miller Jordan and Charles Jordan; his wife, Peggy Beard; one sister, Lou Dodson; and one brother, David Van Wright.

He leaves behind to cherish his memory one son, Richard Beard of Crossett; one granddaughter; one sister, Jean Wilson of Louisville; one sister-in-law, Jeanie Lloyd (Andy) of Crossett; and one brother-in-law, Kenneth Watt (Charlotte) of Lake Village.

In lieu of flowers donations may be made to American Diabetes Association or St. Jude Children’s Research Hospital.

Kimberly Latrece Collins, age 43 of Hamburg, died Friday, June 11, 2021 at CHI St. Vincent Infirmary, she was a native of Little Rock but was raised in Parkdale. She was the manager of Taco Bell and a member of Penny Chapel Christian Methodist Episcopal Church.

Honorary pallbearers are the stewards of Penny Chapel C.M.E Church.

Service is under the directions of Cromwell Funeral Home.

Barbara Ann Dixon, age 73 and a native of Lake Village, died Saturday, June 5, 2021 at her home. She was a retired licensed practical nurse and a member of Christian Liberty Baptist Church.

Funeral service was held Saturday, June 12 at 3:30 p.m. at Central Community Baptist Church in Lake Village with Rev. Charles Hargraves officiating and was followed by burial in Little Greenland Cemetery.

Kelly Marie Jennings, age 45, of Crossett, died with her family at her side on June 11, 2021. She was born June 19, 1975 in Indianola, Miss. She was a member of Level Ground Fellowship in North Crossett.

She was preceded in death by one son, Justin Harley Jennings.

Her memory will be cherished by her husband of 25 years, Jeremiah Jennings of Crossett; three daughters, Crystal Holloway (Wayne), Caitlyn Avery, and Alexis Jennings, all of Crossett; her mother, Dianne Weeks of Crossett; her father, Willie Vance (Gail) of Mt. Pleasant, Texas; one brother, Michael Vance (Rebecca) of Springville, Utah; and three grandchildren.

Level Ground Fellowship hosted a memorial service for the family on Monday, June 14 at 2 p.m.

Leatha Lynn Royce, 70, of Hot Springs Village, died Thursday, June 10, 2021. She was a native of Lake Village, a graduate of Lake Village High School, a hospital clerk at Chicot Memorial Medical Center for 13 years, and the owner of Mrs. Leatha’s Daycare in McGehee for several years.

She was a member of Irons Chapel Free Will Baptist Church in Dibble, Okla.

She was preceded in death by her husband of 45 years, Gary “Sonny” Wayne Royce; one granddaughter, Callie King; and her parents, Ferrell and Gladys Knight Lynn.

A private burial was held in Montrose Cemetery.

Tony Harlon Tatum, age 64 and a native of Crossett, died on Wednesday, June 9, 2021 at his mother’s home. He was a member of Gates Chapel African Methodist Episcopal Church.

He was preceded in death by one daughter, Nakeshia “Nikki” Coleman-Scales, and his father, Robert Tatum.

Funeral service will be Wednesday June 16 at 12 noon at Gates Chapel A.M.E Church with Rev. Harriel White officiating and followed by burial in Westview Cemetery.

Service will be under the direction of Cromwell Funeral Home.

Alonzo Tolefree, age 70, of Crossett died Thursday, June 3, 2021 at Somerset Senior Living Nursing Home. He was a native of Thebes.

He was preceded in death by his parents, Leon Tolefree and Dorothy Jean Richardson; one son, Carl Williams; one daughter, Carletta Williams; one brother, Raymond Tolefree; and one sister, Mary Clark.

Audrey Diann Wilson, age 57 and a lifelong resident of Fountain Hill, died Tuesday June 8, 2021 at Belle View Estates Rehabilitation and Care Center. She was a homemaker and a member of Westside Church of Christ.

She was preceded in death by her father, Ordolph Wilson, and one brother, Ray Anthony Wilson.

She is survived by her mother, Nazaree Wilson; three brothers, Ronald Wilson (Sheila) of Ft. Hill, Larry Wilson (Jan) of Lacey, and Bobby Duckworth of Houston, Texas; and one sister, Donna Duckworth of Chicago, Ill.