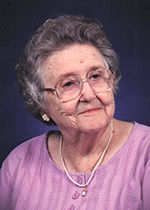 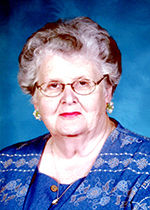 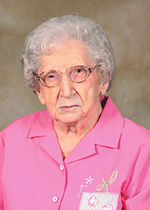 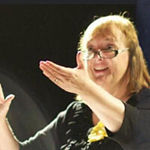 Hazel J. McComb Fulgham of Hamburg died Wednesday, July 1, 2020, one day after her 105th birthday. She was a native of Mathiston, Miss., a resident of Hamburg since 1971, and a former resident of Richmond, Calif. She worked at St. Mary’s Hospital in Dermott and Brookside Hospital in California. She was a member of Gardner Baptist Church where she was active in the Women’s Missionary Union.

Graveside services will be held at 10 a.m. Friday, July 10, in Hamburg Cemetery with Shane Barrett officiating. Funeral arrangements are under the direction of Jones-Hartshorn Funeral Home.

Vernelle Hollis, 89, of Hamburg, died Saturday, July 4, 2020. She was a native of Crossett and a resident of the Milo community outside of Hamburg for the past 69 years. A 1949 graduate of Crossett High School, she was a homemaker, the secretary for Crossroads Cemetery Association for many years, and a member of Mount Pleasant Free Will Baptist Church.

She was preceded in death by her husband of 64 years, Glenn Hollis; her father, Prentiss Gibson; her mother, Maude Fitzgerald Gibson Harris; and two brothers, Edward Gibson and Jimmy Harris.

Shelia Elizabeth Jones, 78, of Crossett, died June 30, 2020, at her home. She was born April 3, 1942, in Little Rock, to her parents, John Phillip and Gladis Slaughter Daugherty. She was a lifelong resident of Crossett, an employee at V&P grocery for 38 years, and a member of First United Pentecostal Church for 65 years.

She was preceded in death by her parents; her husband, Richard Fay Jones; and one infant daughter, Shelia Faye Jones.

A celebration of life service was held at 10 a.m. Friday, July 3 at First United Pentecostal Church in Crossett with Bro. Larry Hickman and Bro. Mark Branch officiating. Burial followed in Crossroads Cemetery under the direction of Medders Funeral Home.

In lieu of flowers donations may be made to the Arkansas Children’s Hospital.

She was a native of the Beech Creek community outside of Hamburg, was a homemaker, and was a cashier at Safeway Grocery in Crossett for over 20 years.

She was the caregiver to her mother and was a member of First Baptist Church.

She was preceded in death by her husband, Eugene Smith; her parents, Willie and Myrtle Smith Hill; and one brother, Leslie Hill.

Survivors include two nieces, Gursta McDonald and Debra Wood, both of Hamburg.

He worked as a heavy lift specialist on projects in countries around the world, including Australia, South Africa, and Canada.

He grew up in Herald, Ill., was a graduate of Carmi High School, received his associate’s degree, and eventually retired from CB&I.

He was associated with South Crossett Missionary Baptist Church where he would mow the churchyard and tend the sign.

He was preceded in death by his parents and two brothers, Jack Stevens and Jeff Stevens.

In lieu of flowers, the family requests donations be made to South Crossett Missionary Baptist Church to establish a Children’s Library at the church in his memory.

Carrie completed her undergraduate work at the University of Arkansas at Monticello and received her Masters of Music Education from UCA. She taught for a total of 41 years, beginning her career at Hamburg High School. She retired in May of 2020, after celebrating her twenty-third year at Dover Middle and Senior High School.

Mrs. Taylor was named West Central Region Director of the Year in 2002, 2004, and 2007. In 2016, 2018, and 2019 she was honored to receive the Region 4 High School Director of the Year. She was also the Dover Chamber of Commerce Educator of the Year in 2005 and the NFHS (National Federation of High Schools) Outstanding Music Educator in 2011. In 2008 and 2020 she was chosen by the Arkansas Choral Directors as the ArkCDA Distinguished Director. Carrie served as President for the Arkansas Chapter of ACDA (American Choral Directors Association) and Choral Chair for ArkMEA (Arkansas Music Educators Association). One of her passions was mentoring and encouraging young choral interns and directors.

Carrie served as worship pianist for Russellville Second Baptist Church where her husband, Al Ray, is music minister.  She and Al Ray also served at Gardner Baptist Church in Hamburg in 1976-1977, and at First Baptist Church, Hamburg 1981-1995. She was a member of the Arkansas Baptist Master’Singers and was honored to serve as the director of the Women’s Chorus.

She was a beloved teacher who instilled a love of music to her students while demonstrating her faith in Jesus Christ daily.

In addition to her parents, she was preceded in death by a daughter, Mary Elizabeth Taylor.