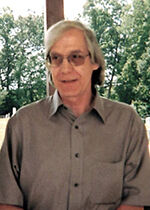 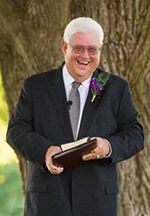 He was a native of Ashley County, a resident of Fountain Hill since 2012, and a former resident of Arkansas City for several years.

A 1970 graduate of Portland High School, he was a small engine specialist for John Deere for over 20 years, having worked at Arkansas Ag in McGehee and Portland.

He is survived by one son, Bill Wells and wife, Staci, of Monticello; one brother, James Paul Blocker Jr. of Seattle, Wash.; and four grandchildren.

He worked many years as a wood product salesman for Georgia Pacific and other companies.

He was preceded in death by his parents, Basil and Marie Estelle Garrett.

He is survived by his wife of 56 years, Sheila Graham Garrett; one son, Greg Garrett and wife, Heather, of Brandon, Miss.; one daughter, Laurie Chandler and husband, Steven, of Shreveport; one brother, Terry Garrett and wife, Nell, of Pollock, La.; and seven grandchildren.

Arrangements were under the direction of Medders Funeral Home.

Rev. John Carroll Williams, 79, of Sheridan, died Friday, July 2, 2021, at his home surrounded by family. He was born in Hamburg March 26, 1942 but attended West Columbia High School in Brazoria, Texas, before serving in the United States Navy as an aircraft director handler on the U.S.S. Oriskany Aircraft Carrier during the Vietnam Conflict.

He was preceded in death by his parents, Johnnie and Willie Crosby Williams; one sister, Ruth Mae Ellingburg; and one brother, David Leon Williams.

A celebration of life service was scheduled for 2 p.m. Tuesday, July 6, at East Union Missionary Baptist Church, 20422 N. Springlake Road in Hensley, with his sons officiating. Burial was to be in New Hope Cemetery in Sheridan under the direction of Medders Funeral Home.

Honorary pallbearers are all of his great-grandchildren.

A visitation was to be held from 1 p.m. to 2 p.m. at the church prior to the service.