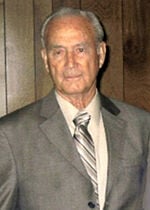 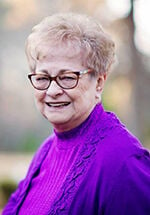 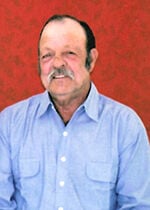 Lesa Renee Barnett, age 59, of Pine Bluff, died Wednesday, July 22, 2021. She was a native of Hamburg and was a retired certified nurse’s assistant. She was a member of Epistles of God Church of Deliverance.

Burial was to follow in Carlock Cemetery in Hamburg.

Billy Mack Ethridge, 87, of Lake Village, died Thursday, July 22, 2021, at his home. He was a native of Drew County and a former resident of Dermott. He was a 1952 graduate of Dermott High School and a veteran of the United States Army, where he was a paratrooper. He worked for Alice-Sydney Dryer & Seed Company for over 55 years and was a member of Oak Grove Free Will Baptist Church in Lake Village.

He was preceded in death by three infant sons; his parents, James and Velma Haven Ethridge; and three brothers.

He is survived by his wife of 64 years, Ethel Joyce Gladden Ethridge of Lake Village, and one grandson, William Mondragon.

Lonelle Johnston was born April 21, 1939, in Wilmont, Arkansas to the late Vesper and Charlotte Haynes. She departed this life on July 22, 2021, at Hospice Home Care in Little Rock, AR. She was 82 years old. She married Larry Johnston in 1963 and they were married for 58 years. Mrs. Johnston graduated from Wilmot High School and from Arkansas A & M, now known as UAM, with a Bachelor of Science in Education. After graduation, she taught school for 30 years at Drew Central and Monticello in 2nd and 3rd grade. Outside of her teaching career, her hobbies include gardening and she hosted a multitude of parties and family events. Lonelle was a faithful member of Pauline Baptist Church for 54 years and was a member of Central Baptist Church in Conway, Arkansas. While at Pauline Baptist Church, she served as Sunday School Superintendent, Vacation Bible School Director, and Senior Citizen Sponsor.

She was preceded in death by her parents, Charlotte Chambers Haynes and Vesper Haynes.

Memorials Can be made to Pauline Baptist Church

Bruce “Ole Man” King, 74, of Hamburg, died Friday, July 23, 2021, at his home. He was a native of Ashley County and a truck driver. For several years he drove a log truck for Mashburn Logging. He was of the Baptist faith and a member of Southside Baptist Church. He was a member of Buckrun Hunting Club.

Funeral services were scheduled for 10 a.m. Tuesday, July 27 at Southside Baptist Church with Bro. David Newberry officiating. Burial was to be in Carlock Cemetery.