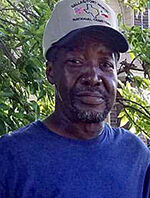 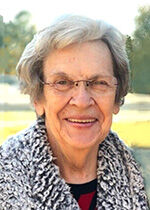 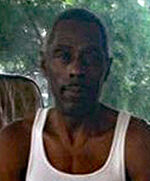 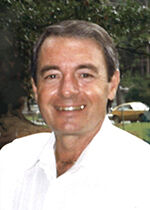 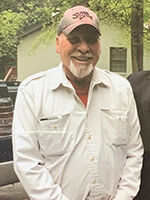 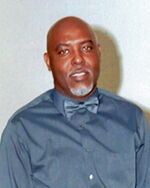 Johnny Ray Bennett, 64, of Hamburg, died Wednesday, July 8, 2020 at Ashley County Medical Center in Crossett. He was a lifelong resident of Hamburg, a log truck driver, and of the Baptist faith.

He was preceded in death by his father, Earnest Grayson, and his mother, Ernestine Bennett-Arrington.

Joyce Ann Craig Berry, 81, of Hamburg, died Saturday, July 18, 2020, at her home. She was a native and lifelong resident of Hamburg and a 1957 graduate of Hamburg High School. She was a homemaker and a member of Egypt Missionary Baptist Church.

Luther Ray Blakely, 64, of Crossett, died Sunday, July 12, 2020, at his home. He was a lifelong resident of Crossett, a former employee of Georgia Pacific Plywood Mill, a member of New Bethel Baptist Church, and a veteran of the United States Navy.

He is survived by one daughter, Natalie Connell, husband Kevin, of Houston, Texas; one stepdaughter, Rebecca Hendrix of Crossett; two sisters, Mittie Hawkins and Victoria Singleton, husband H.S., both of Crossett; and two grandchildren.

Honorary pallbearers were his nephews, cousins, and his West Crossett tree friends.

Billy Tom “Bill” Cunningham, 81, died July 9, 2020 in Nevada. He was born and raised in and around Lake Village, graduating Lakeside High School in 1957. He was a veteran of the U.S. Navy and later retired from General Motors.

His resting place is Lone Tree Cemetery in California.

Luther E. Goyne, 88, of Hamburg died Monday, July 20, 2020. He was a native of Crossett, a resident of Hamburg for the past four years, and a former resident of Branson, Mo., and Lake Charles, La. He graduated from Crossett High School in 1950 and was a veteran of the United States Navy, having served during the Korean Conflict aboard the USS Mansfield and the USS Piedmont. He was the sales manager at American Press Newspaper in Lake Charles and was a craftsman at Engler Block in Branson.

He was preceded in death by his parents, Oris and Eula Mae Peacock Goyne; one brother, Larry Oris Goyne; and one sister, Linda Anderson.

Graveside services will be held at 10 a.m. Saturday, July 25 in Hamburg Cemetery with Rev. Ty Danielson officiating. Funeral arrangements were under the direction of Jones-Hartshorn Funeral Home.

A celebration of life service was held at 3 p.m. Thursday, July 16 at Bishop King Funeral Home.

Anthony Dewayne Wilson, 50, of Hamburg, died Saturday, July 18, 2020 at his parent’s home surrounded by family. He was a resident of Hamburg most of his life, a past resident of Little Rock for six years, a veteran of the United States Army, and of the Baptist faith.

He is survived by two sons, Nicholas Wilson and Jalen Wilson, both of Crossett; his parents, Cleveland and Dorothy Wilson of Hamburg; one brother, Thomas Wilson of North Little Rock; and one granddaughter.

No service was scheduled at this time. Arrangements were under the direction of Cromwell Funeral Home.