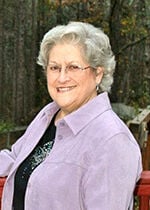 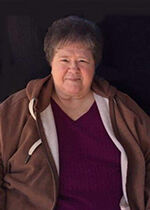 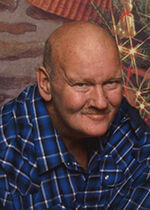 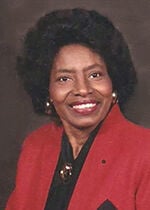 Kathleen Lorraine Purtle Ashcraft, 77, of Hamburg, died Friday, July 9, 2021, in Springfield, Mo. She was a native of Prescott and graduated from Prescott High School in 1962. She worked as the JADE Grocery Store bakery manager for over 35 years and was a member of Promise Land Missionary Baptist Church, where she was active with the Lois Circle.

She was preceded in death by her husband of 54 years, Wendell E. Ashcraft, and her parents, Wallace Charles and Myrtle Lee Yarberry Purtle.

She is survived by one son, Mike Ashcraft and wife, Susan, of Crossett; one daughter, Cheryl Jones and husband, David, of Malvern; one sister, Nancy Purtle Lamar Brandt of Norman, Okla.; three brothers, William T. Clay and wife, Shelley, of Libertyville, Ill., George Clay and wife, Mona, of Benton, and Tracy Johnson of New Mexico; four grandchildren; and two great-grandchildren.

Burial will be in Crossroads Cemetery.

Debbie Ford, 69, a native and lifelong resident of Crossett, died Monday, July 5, 2021. She was a homemaker and worked as a licensed practical nurse at Ashley County Medical Center and Pinewood Health and Rehabilitation Nursing Home. She played piano for Jarvis Chapel Baptist Church, where she was a member, for over 30 years and for many different organizations. She was an honorary member of the Klassy Kruzers and was active in their annual drive for donations.

She is survived by one daughter, Carrie L. Wells; one son, James Alan Ford and wife, Amy; one brother, Ronald Dale Tucker and wife, Joann; her mother-in-law, Monte Ford, all of Crossett; four grandchildren; and three great-grandchildren.

Fay Eugene Giles, 91, died June 28, 2021. He was born in Hamburg on Dec. 11, 1928 and graduated from Hamburg High School. He joined the Army, serving in Panama, then joined a seismic crew in Utah. He worked for the Natural Gas industry until he retired in 1991.

He was raised attending the Southern Baptist Church and converted to the Church of Jesus Christ of Latter Day Saints.

He was preceded in death by his wife, Carole Marian Giles; his parents, Morris Dean Giles and Jessie Lou Venters Giles Higgenbotham; and two brothers, Richard Giles and JD Higgenbotham, and their wives, Mildred and Gail.

Jimmy Lee Lowrance, 60, of Montrose, died Tuesday, July 6, 2021 in Pine Bluff. He was a native of Kennett, Mo., and a member of Montrose Baptist Church for over 10 years.

He was preceded in death by his parents, Howard Eugene and Avaleen Beatrice Gales Lowrance.

He is survived by his wife of 25 years, Janet Roberson of Montrose, and his sister-in-law, Teresa and her husband, Derrick.

Tonya Ann Lee Mashburn, 52, a lifelong resident of Crossett, died Sunday, July 4, 2021, at St. Francis Medical Center in Monroe, La. She was a 1987 graduate of Crossett High School and for 21 years worked as a bookkeeper at First National Bank, where she was often “employee of the month” and even “employee of the year.”

She was preceded in death by her stepfather, Basil Doles Jr.

In lieu of flowers, donations can be sent in her memory to Arkansas Children’s Hospital.

Levell “Boe” Stanley Jr., age 64, of Hamburg, died Friday, July 9, 2021 at his residence. He was a native of Parkdale and was a retired carpenter. He was a member of Bethlehem Church of Christ Holiness, where he served as a deacon.

He was preceded in death by one son, Eric S. Woods; his parents, Levell Stanley Sr. and Mabel Stanley; two brothers, James Stanley and Johnny “Dumas” Stanley; and one sister Pearletha Freda Ray.

He is survived by his wife of 44 years, Hazel Stanley; one son, Levell Stanley III (Melicia) of Portland, Oreg.; three daughters, Lashundra Stanley of Hamburg, and Lakeita Hill and Renesha Stanley, both of Crossett; two sisters, Jacqulyn Cason of Hamburg and Kim Barnes of Briscoe; three brothers, Billy Ray Stanley and Glen “Dusty” Stanley (Ada), both of Hamburg, and Robert “Maine” Stanley (Romona) of Crossett; nine grandchildren; and one great-grandson.

Service will be held Friday, July 16 at 1 p.m. at Epistles of God Church of Deliverance in Hamburg with Rev. Dantony Square officiating.

Burial will follow in Johnson Memorial Cemetery in Hamburg.

He was a lifelong resident of Ashley County and a member of Cloverdale Assembly of God Church in Crossett.

He worked as a paper maker for Georgia Pacific until his retirement after 43 years of service.

He was preceded in death by his parents, Odell Franklin and Mary Lavon Ray Oden; two sons, Royce Gene Oden Jr. and Kevin Oden; and one brother, Garry Oden.

Honorary pallbearers were his past co-workers at Georgia-Pacific.

In lieu of flowers donations may be sent to Cloverdale Assembly of God building fund.

She was born July 19, 1933, and taught in the Hamburg School District for over 35 years, starting out at Savage Junior High, which later changed to Parkdale Elementary.

She served her community as an alderwoman for several years.