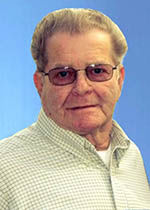 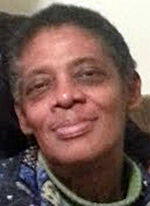 Sam Curran, 79, died Wednesday, June 24, 2020, at his home in North Crossett. He was a native of Wilmot and a resident of Crossett for the past 65 years. He worked in the food sales industry and was a member of Cloverdale Assembly of God Church where he served as a deacon and a member of the church board.

He was the founder and president of Curran Hunting Club.

She was preceded in death by her parents, Lee and Mae Hamm; four brothers, Huey Hamm, Marvin Hamm, Paul Hamm, and Hershel Hamm; and one sister, Marbeth Watt.

A private funeral service was held Wednesday, June 24 at 10 a.m. at Community Chapel Baptist Church with Bro. John Carrol Williams officiating and under the direction of Medders Funeral Home.

Joe Lee Harvey, 83, of Portland, died Monday, June 22, 2020 at his home. He was a life-long resident of Portland, a retiree of Akon Box Company, and a member of New Light Baptist Church.

He was preceded in death by one son, Anthony Harvey, and his parents, Otis and Leola Willie-Harvey.

Funeral service will be Friday, July 3 at 11 a.m. on the campus of New Light Baptist Church, 620 2ND Avenue in Portland, with Rev. Jessie Washington officiating.

Burial will be in Portland #2 Cemetery.

She was a lifelong resident of Ashley County, a member of Beulahland Assembly of God, and a caregiver to her family.

A celebration of life service was held at 2 p.m. Tuesday, June 30 at Beulahland Assembly of God Church with Pastors Rich Murphy and Ricky Tyler officiating and was followed by burial in Crossroads Cemetery under the direction of Medders Funeral Home.

Helen Marie Tucker, 75, of Hamburg, died Thursday, June 25, 2020 at her residence surrounded by her family. She was a native of Lacey, a homemaker, and of the Methodist faith.

She was preceded in death by her parents, Eddie “DeeDee” and Robbie Ashford-Brock; and one son-in-law, Aundrey Wynn.

Graveside service was scheduled for Wednesday, July 1 at 1 p.m. in Johnson Memorial Cemetery in Hamburg with Pastor Mary Arnold officiating and under the direction of Cromwell Funeral Home.