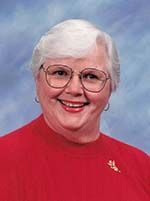 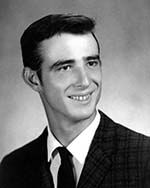 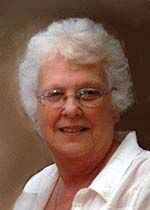 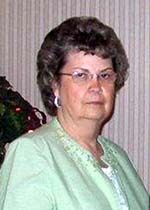 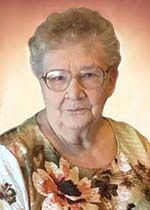 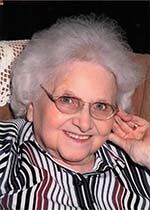 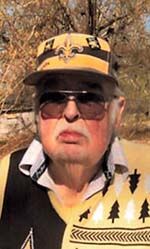 Jan Christmas, 84, of Hamburg, died Monday, Dec. 28, 2020, in Little Rock. She was a native of Camden, N.J., and a resident of Hamburg for the past 63 years. She worked at Crossett Health Unit for 28 years, having retired in 2004. She was a member of First Baptist Church, where she was active in Women on Mission.

She was preceded in death by her husband of 31 years, Robert L. Christmas; her parents, William Dischert Jr. and Eleanor Raker Dischert; one brother, Bill Dischert; and one daughter-in-law, Lynn Christmas.

Lloyd Ford, 70, of Hamburg, died Wednesday, Dec. 30, 2020, in Little Rock. He was a native and lifelong resident of Hamburg and a 1969 graduate of Fountain Hill High School. He worked for Georgia-Pacific Paper Mill for over 40 years, having retired in 2012. He was a member of Judson Missionary Baptist Church.

He was preceded in death by his wife, Violet Roxie Ford; one daughter, Anita Ford Hense; his father, Otto Ford; and one brother, Wayne Ford.

Funeral arrangements wre under the direction of Jones-Hartshorn Funeral Home.

Roger Lee Greene, age 95 of Little Rock died Dec. 29, 2020 at Good Shepard Nursing Home in Little Rock. He was a native of Baxter but lived most of his life in Montrose. He was a retired farm laborer and a member of New Zion Grove Worship Center in Little Rock. He previously served as a deacon in First Baptist Church of Montrose and as a music director in the singing union #4 of Southeast District Music Convention for many years.

Funeral services were held Saturday, Jan. 2 at 11 a.m. in the chapel at Cromwell Funeral Home with Rev. Stephen T. Robinson I officiating.

Burial followed in Montrose Cemetery under the direction of Cromwell Funeral Home.

Audrey New, 71, of Hamburg, died Monday, Dec. 28, 2020, in Little Rock. She was a native of Wilmington, N.C., a resident of Hamburg since 1997, and a former resident of Crossett for many years. She opened her home to the elderly as Audrey’s Special Home.

She was preceded in death by her husband of 41 years, Mike New; her mother, Margaret Young Smith; and her step-father, Chris Smith.

The family will have a private graveside service and burial in Beekman Cemetery with Rev. Andy Connard officiating. Funeral arrangements were under the direction of Jones-Hartshorn Funeral Home.

Ruth Carpenter Norton, 77, of Hamburg, died Saturday, Jan. 2, 2021 at her residence. She was a native of Greeley, Colo., a resident of Hamburg for the past 50 years, and a former resident of Houston, Texas. She worked for Ashley County Health Unit Home Health for a number of years, Hamburg Shirt Factory, and Rapid Die Molding for 27 years. She was a member of Southside Baptist Church.

She was preceded in death by one husband, L.T. Clark; two great-grandsons, Michael Carpenter and Seth Carpenter; and her parents, Byron and Gertrude Caulkins Campbell.

Sylvia Hackett Pierce, 80, of Hamburg, died Thursday, Dec. 31, 2020, at Drew Memorial Hospital in Monticello. She was a native and former resident of Portland, but lived in Hamburg for the past 44 years. She was a homemaker and a member of North Main Missionary Baptist Church.

Ethyl Amelia Shell, 96, of Hamburg, died Friday, Jan. 1, 2021.  She was a homemaker and worked for Ashley Chicot Electric Cooperative for 27 years. She was a member of First Baptist Church. She was involved in Women Missionary Union and taught Sunday school in the children’s department for many years.

She was preceded in death by her husband, Jack H. Shell Sr.; her parents, Barton “Bart” and Amelia Farrar Smith; one sister, Dell Aultman; and one brother, Edwin Smith.

She was born in Lake Village on Oct. 12, 1936, raised in Clarkston, Mich., and later moved to Arkansas to attend Arkansas State Teachers College in Conway.

She and her husband owned and operated Norcross Carpet and Lighting in Crossett. She was a member of First Baptist Church of Sterlington, La.

She was preceded in death by her father and stepmother, Farris and Helen Sawyer, and her mother and stepfather, Bracie and Virgil Robertson.

She is survived by her husband of 64 years, David Dee Vincent of Monroe; one son, David Gentry Vincent and wife, Marlene, of Cameron, Texas; one daughter, Cheri Jean Vincent McDaniel and husband, Danny, of Waterproof, La.; one grandson; and one great-granddaughter.

A celebration of life graveside service was held at 2 p.m. Saturday, Jan. 2, in Eden Cemetery in Hamburg with Pastor J.E. Brown officiating.

Wiley Cecil White Jr., 79, of Crossett, died Sunday, Jan. 3, 2021. He was a native of and was raised in Montrose and was a former resident of Hamburg and Junction City. He was a lumber inspector, having worked for P.E. Barnes Lumber Company for over 20 years.

He was preceded in death by his wife, Bobbie Sue White; one grandson, Rusty James Savage; his parents, Wiley Cecil White Sr. and Eula Maxine Johnson Martin; and one brother-in-law, Teddy Hickman.

She completed her nursing education at Warner Brown School of Nursing in El Dorado and worked for McCurtain Memorial Hospital for over 30 years. She was a longtime member of Idabel First Baptist Church.

She was preceded in death by her parents, Tommy and Ozell Reppond Bardin; her husband of 46 years, John Frank Wolf Jr.; one sister, Tommie Jean Jennings; and one brother, Steve Bardin.

A graveside service will be held at 10 a.m. Friday, Jan. 8 in Pinewood Memorial Park in Crossett.

The family will receive friends from 6 p.m. to 8 p.m. Wednesday, Jan. 6 at White Family Funeral Home in Idabel.