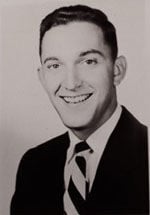 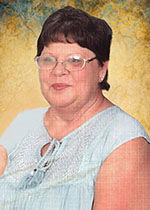 He worked as a farmer in South Arkansas and was one of the first farmers to include catfish as a crop.

He was preceded in death by his parents, Ettie and Foice Bradshaw, and an infant sister, Mary Margaret.

The family has chosen to have a private graveside memorial. Burial will be in Pinewood Memorial Park.

Lucille Johnson, age 92 of Hamburg, died Saturday, Jan. 16, 2021 at Drew Memorial Hospital in Monticello. She was a member of Mt. Zion Baptist Church and worked at Hamburg Shirt Factory for over 20 years.

She was preceded in death by her husband, J.O. Johnson; one daughter, Carolyn Pugh Jacob; her parents, Columbus Wimbley and Almeda Randoulph; one sister, Charlie Mae Ran; and one brother, Jerry Wimbley.

Funeral service was held Saturday, Jan. 23 at 2:30 p.m. in the chapel of Cromwell Funeral Home with Bishop Alfonzo Madden officiating.

Burial was in Johnson Memorial Cemetery in Hamburg and under the direction of Cromwell Funeral Home.

Tootsie Oden, 93, of Crossett, died Wednesday, Jan. 20, 2021. She was born in Collins on May 17, 1927, and was a member of Cloverdale Assembly of God Church until her senior years. She taught Children’s Church and Sunday school over the years and participated in the women’s ministry.

A private graveside service was held in Eden Cemetery Saturday, Jan. 23, with Bro. Justin Uselton officiating and under the direction of Medders Funeral Home.

Rose Marie Taylor, 58, native and resident of Hamburg, died Wednesday, Jan. 20, 2021 at her residence. She was a former resident of Crossett and Monroe, La., and worked as a legal secretary. She attended Calvary Missionary Baptist Church.

She was preceded in death by one son, David Taylor; her father, Gerald Taylor; and her stepfather, Harold Hollis.

She is survived by her mother, Ilene Kelley Hollis of Hamburg; one sister, Charlotte Margolis and husband, Michael, of La Vergne, Tenn.; one brother, John Dye of Crossett; and two half-brothers, Gerald Taylor Jr. and Jay Taylor, both of Crossett.

A private funeral service was held at 10 a.m. Saturday, Jan. 23 in the Jones-Hartshorn Funeral Home chapel with Bro. Richard West officiating. A private burial was in Flat Creek Cemetery.

Lawrence Tippie, age 93, of Hamburg died Wednesday, Jan. 13, 2021 at Drew Memorial Hospital in Monticello. He was a native of Wilmot, a retiree of Georgia Pacific Paper Mill, a member of Soldiers Chapel African Methodist Episcopal Church, and a veteran of the United States Army.

He was preceded in death by his wife, Dorothy Jean Tippie; his parents, William and Annie Bartley Tippie; one brother, Rile Tippie; and three sisters, Mildred Mays, Bernice Foster, and Doris Jean Scott.

Funeral services were held Saturday, Jan. 23 at 11 a.m. in the chapel of Cromwell Funeral Home with Bishop Alfonzo Madden officiating.

Burial was in Johnson Memorial Cemetery in Hamburg and under the direction of Cromwell Funeral Home.

She was preceded in death by her mother, Patricia Ann Ginnett; one brother, Jimmy Ginnett; and her father-in-law and his wife, Walter and Linda White.

A memorial service is planned for Friday, Jan. 29 at 6 p.m. at the Methodist church in Fountain Hill. All attendees will be required to wear face masks.