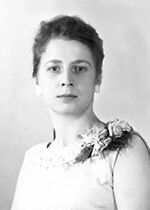 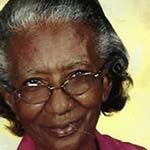 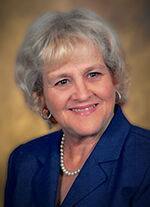 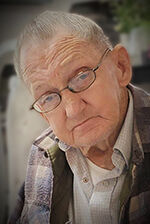 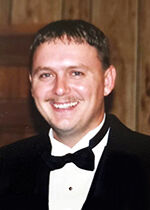 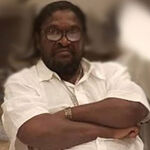 Charlotte Elfriede Brown, 88, of Hamburg, died Thursday, Jan. 15, 2021, in Lake Village. She was a native of Germany, a resident of Hamburg for the past 58 years, a homemaker, and a member of the Lutheran faith. She was active with the Ashley County Fair Association, where she judged the Art and Garden Exhibits for many years.

She was preceded in death by her husband of 51 years, Cecil Floyd Brown; one son, John Brown; her parents, Joachim and Anna Kenner Löschner; and one brother.

She is survived by one son, Gregory “Buster” Brown of Longview, Texas; one daughter, Linda Register of Texarkana; and three grandchildren.

A private burial will be held in Centerpoint Cemetery in Drew County. Funeral arrangements are under the direction of Jones-Hartshorn Funeral Home.

Ovetta Click, 85 of Crossett, died Monday, Jan. 11, 2021, at her residence. She was a native of Mobile, Ala., but a resident of Crossett for 63 years. She was a member of New Bethel Missionary Baptist Church and a retired restaurant cook.

Flora Scarlet Johnson, 79, of Crossett, died Tuesday, Jan. 12, 2021, at Gardner Nursing and Rehab Center in Star City. She was born June 21, 1941, and was raised on a South Arkansas Delta farm while attending school in Wilmot.

She and her husband owned and operated two flooring stores in Canton, Texas, before she became a licensed practical nurse working Crossett Leisure Lodge.

She was a member of North Crossett First Baptist Church where she previously sang in the choir.

A celebration of life graveside service was held at 10 a.m. Saturday, Jan. 16 in Parkdale Cemetery with Pastor Robin Allen officiating.

Danny Ray Jordan, age 78, of Crossett and Monticello, died Saturday, Jan. 16, 2021, at St. Vincent Hospital in Little Rock. He was born Nov. 6, 1942, in Monticello and was a 1961 graduate of Drew Central High School. He worked for 43 years at Georgia Pacific Paper Company, retiring in 2005. He was a former member of Meridian Baptist Church in Crossett where he served as a deacon and a Sunday school teacher for many years before moving his membership to Shady Grove Missionary Baptist Church in Monticello.

Claude Alford Lum, 81, a lifelong resident of Bastrop, La., died Monday, Jan. 11, 2021, at his home. He was born May 9, 1939, worked as a stocker for many years at local grocery stores such as Piggly Wiggly in Crossett and Safeway in Bastrop, and was a member of The Church of God.

He was preceded in death by his parents, Samuel and Nancy Collier Lum, and two sisters, Dianne Mann and his infant sister, Clodene Lum.

Ashley Shane Meeks, 48, of Crossett, died Friday, Jan. 15, 2021, in Lonoke County. He was a native of and was raised in the Milo community outside of Hamburg and a 1990 graduate of Fountain Hill High School. He worked for Ace Sign Company in Little Rock for the past four years and had formerly worked for Georgia-Pacific Plywood for 15 years. He was a member of South Main Baptist Church and coached baseball.

Billy Ray Moore, age 67 of Wilmot, died Wednesday, Jan. 6, 2021 at Southeast Arkansas Medical Center in El Dorado. He was an employee of the City of Wilmot maintenance department and a member of Morning Star Baptist Church.

Burial was in St. Martha Cemetery and under the direction of Cromwell Funeral Home.

Travon Rondrrickous Thompson, age 27 of Crossett, died Monday, Jan. 11, 2021 at Arkansas Children’s Hospital in Little Rock. He was a native of Hamburg and a member of Christ Temple Pentecostal Church.

He was preceded in death by his maternal great-grandparents, Easter Mae and Hershely Thompson.

A graveside service was held Monday, Jan. 18 at 1 p.m. in Phillip Grove Cemetery and under the direction of Cromwell Funeral Home.