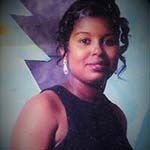 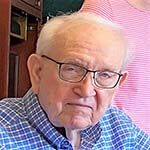 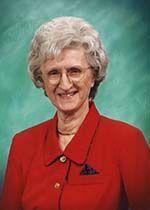 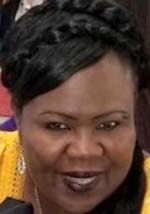 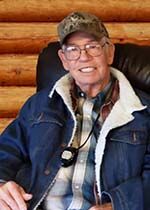 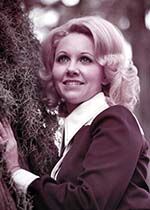 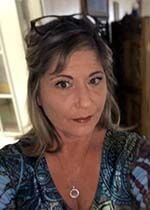 Solanda Chavett Barnett, 43, died Thursday, Dec. 31, 2020. She was a native of Bastrop, La., but a lifelong resident Hamburg. She was a member of Epistles of God Church of Deliverance.

She was preceded in death by one son, Shunlos Matheney, and one brother, Charles Henry Matheney Jr.

Graveside services were Friday at 11 a.m. in Carlock Cemetery in Pine Hill and under the direction of Cromwell Funeral Home.

FLORENCE, SC - Billy Fred Burnett, 85, passed away on January 3, 2021.  He was born on May 25, 1935, in Crossett, Arkansas, the son of Alfred Coleman and Hazel Carver Burnett.  He graduated from Hamburg High School in 1953, and married Jayne Evelyn Witherington that same year.  They lived in Florida for a brief period before settling in Florence, South Carolina.  Jayne was the love of his life, and they recently celebrated their 67th wedding anniversary.

Billy was a hard worker who started out digging ditches and laying pipe and progressed to owning and operating several companies.  He worked with Layne Atlantic Company, Pierce Ditching Company, BWB, Inc., Burnett Utilities, Carolina Blythe Utility Company, Water One, Inc., and CUC, Inc.  He purchased and operated utility systems in Mecklenburg County and Brunswick County, NC, and in Beaufort County, SC.  His daughter, Suzy Mikell, had worked alongside him for nearly 37 years.

Billy was a key player in the Pee Dee Soap Box Derby program in Florence, SC, and treasured watching his sons Fred and Coleman compete.  He enjoyed learning new things and taught himself to use and program computers, even writing the billing code for his utilities.  He was an excellent woodworker, and he made many beautiful pieces for his family, church members, and others who had touched his life in some way.  He particularly loved making clocks, giving hundreds as gifts, and believed woodworking to be a worthy hobby with long-lasting results.  Trading stocks was another favorite hobby for which he had a special knack.  In recent months, he enjoyed day trading with his son Fred.

As a grandfather, he became known as “Daddy Bill,” and his true passion was teaching his children and grandchildren how to do the many things he loved, usually insisting that they learn something while in his presence.  He was the go-to person in the family for help and guidance, and his presence in our lives will be sorely missed.

He was a member of Christ Church, Florence, SC, where he contributed greatly to the beauty and livelihood of the buildings and grounds.

He is survived by his wife Jayne, his son Fred Hays Burnett (Elaine), daughter Suzy B. Mikell (Steve), all of Florence, son A. Coleman Burnett, II (Brenda) of Charlotte, NC, and two sisters, Betty B. Martin and Barbara B. Martin, both of Crossett, Arkansas.  He is survived by five grandchildren: Jonathan H. Burnett (Jimena) of Bluffton, SC; Juliett B. Collins (Matthew) of Ravenel, SC; Jessica M. Jordan (Trey), Chelsea M. Mikell, and Nolan B. Mikell (Leslie), all of Florence; and step-granddaughter Madison T. Keever (Taylor) of Charlotte, NC.  He also is survived by six great-grandchildren: Sophia G. Burnett and Camila H. Burnett of Bluffton, SC and R. F. Fulmer Collins, Charles M. “Hew” Collins, Jr., Lindy E. Collins, and Joy A. Collins, all of Ravenel, SC, as well as a step great-grandson Tillman Keever of Charlotte, NC, and several nieces and nephews.

A graveside service will be held at Christ Church, Florence, SC, at 1:00 p.m. on Thursday, January 7, with burial following in the Christ Church graveyard.  Memorials may be made to Christ Church, PO Box 15036, Florence, SC 29506.  Funeral arrangements are being handled by Waters-Powell Funeral Home.

My flesh and my heart faileth: but God is the strength of my heart, and my portion for ever.

Jim “Big Jim” Cain Jr., age 81 of Chicago, Ill., died Dec. 30, 2020 at Loretto Hospital there. He was a native of Lake Village but a resident of Chicago for 51 years. He was a retired butcher and a member of New Hope Baptist Church there.

He was preceded in death by his parents, Jim and Velma Mae Miller-Cain; one brother and several sisters.

He is survived by one brother, Rev. Tyler Cain of Conway; and three sisters, Jeraldine Tucker and Evlynen Kirkendolph, both of Lake Village, and Linda Rose Cain of Eudora.

Burial followed in New Cemetery under the direction of Cromwell Funeral Home.

Norma Bennett Lawrence, 90, of Hamburg, died Sunday, Jan. 10, 2021, in Crossett. She was a native and resident of Hamburg for most of her life, a former resident of the Houston/Alvin, Texas area, and of West Monroe, La. She was a homemaker and was retired from the Crossett School District after 25 years of service. She served as the secretary/treasurer of Cleveland Cemetery Association for many years and was a member of First Baptist Church.

She is survived by one son, Doyle Lawrence and wife, Denise, of Broken Bow, Okla.; two daughters, Jane Smith and husband, Tommy, of McGehee and Judy Rocconi and husband, Charles, of Greenville, Miss.; two sisters, Robbie Walter of Fountain Hill and Macel Oden of Hamburg; six grandchildren; and eight great-grandchildren.

A memorial celebration of life for Robert Nelson Leasure, 73, is scheduled for 2 PM Saturday, January 9, 2021, in the chapel of Golden Funeral Home with Bro. Bob Lonadier officiating.

Mr. Leasure, a resident of Mer Rouge, LA, former resident of Hamburg, AR, and member of Horseshoe Baptist Church, passed away Wednesday, December 30, 2020. He was born on July 17, 1947 in Monticello, AR. He was a graduate of Hamburg High School and served his country in the United States Marine Corps.

Mr. Leasure is preceded in death by his parents, Quentin R. and Carrie Nethel (Nelson) Leasure; a baby brother, Leslie H. Leasure; and a grandbaby.

Corene “Momma Coco” Mills, age 58, died Saturday, Jan. 2, 2021 at Drew Memorial Hospital in Monticello. She was a lifelong resident of Hamburg, but was a native of Bastrop, La. She worked as a cashier at Jade’s Supermarket for 23 years and was a member of Soldiers Chapel African Methodist Episcopal Church.

She was preceded in death by her parents, Theodus Mills and Helen Mills-Daniels.

Burial was in Friendship Cemetery near Lacey and under the direction of Cromwell Funeral Home.

James Reynolds, 79, of Hamburg, died Friday, Jan. 8, 2021 in Little Rock. He was a native of Wilmar, and a former resident of Gloster, Miss. for over 30 years, having moved back to Hamburg in 2002. He was a 1959 graduate of Hamburg High School and a veteran of the United States Army.

He worked for Georgia-Pacific Corporation, Plywood Division, for over 30 years and was a Baptist.

He was preceded in death by his wife of 44 years, Norma Lee Moran Reynolds; his mother, Nellie Johnson Gray; and his father, Van Reynolds.

Mary Jane Bozeman Streeter, 82, of Little Rock, died Sunday, Jan. 10, 2021. She was a native of Crossett and a former resident of Portland. She graduated from Portland High School and was a member of Aulds Baptist Church. She was a hair stylist and the owner of Russell’s Hair Salon in Little Rock.

She is survived by two sisters, Karon Roberts and husband, Jimmy, of Hamburg and Julie Bridges and husband, Dan, in Kingsburg, Calif.; three brothers, Charles Bozeman and wife, Linda, of Monroe, La., Russell Bozeman of Little Rock, and Jimmy Bozeman and wife, Donna, of Portland; one grandson; one great-granddaughter; and one great-great-granddaughter.

Visitation will be 1:45 to 2 p.m. Wednesday at the cemetery.

Keili White, 49, of Fountain Hill, died Friday, Jan. 8, 2021. She was born and raised in Portland, Ore., was a resident of the Johnsville community for the past 10 years, and was a former resident of Hamburg and Crossett.

She graduated from Benjamin Franklin High School in Portland and from University of Arkansas at Monticello. She was a veteran of the United States Army for nine years and served during the Persian Gulf War. She was an art teacher for Hamburg School District and a member of Church of the Redeemer.

She was preceded in death by her father, James Jackson.

A family-led memorial service will be held at 2 p.m. Saturday, Jan. 16 at Church of the Redeemer with Rev. Bob Whiteley officiating. Burial will be in Portland. Funeral arrangements are under the direction of Jones-Hartshorn Funeral Home.