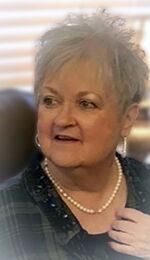 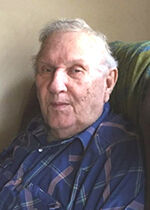 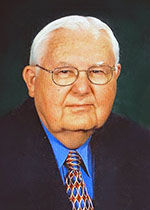 Larry T. Barnett, 80, of Hamburg, died Sunday, Feb. 14, 2021 at St. Bernards Medical Center in Jonesboro. The Crossett native was a 1959 graduate of Hamburg High School and attended University of Arkansas at Monticello.

He retired from Georgia-Pacific Paper Mill and was a member of Maplevale Missionary Baptist Church. He was active in the Paint Horse Association.

He was preceded in death by his wife of 24 years, Ira Sue Fanell Barnett, and his parents, Lexie and Annie Griswould Barnett.

Survivors include one sister, Kay Alexander of Sevierville, Tenn.

For 41 years, she worked for First National Bank of Crossett; during this time, she graduated from The School for Bank Administration at the University of Wisconsin and eventually retired as the vice president of bookkeeping and data processing in 2013.

She was a member of Beta Sigma Phi, the United Way, and the American Legion Ladies Auxiliary. She was treasurer of Ladies at Work and a member of First Baptist Church of Crossett where she joined “Loving Care” Sunday school class.

She was preceded in death by her parents, James and Margariet Rea Hayes, and her husband, John Earl Bays.

A celebration of life graveside service was held at 2 p.m. Friday, Feb. 12 in Crossroads Cemetery with Pastors Jamie Staley and Lyle Hern officiating.

In lieu of flowers, donations may be made to First Baptist Church of Crossett or American Legion Ladies Auxiliary in her honor.

Billy Doyle Jordan, age 86, a native of Hamburg, died Tuesday, Feb. 9, 2021. He was born Dec. 10, 1934 and was a retired member of Georgia Pacific Plywood Mill. Upon retiring he enjoyed spending time “tinkering” around his shop. He was part of Martinville Baptist Church.

Funeral service was held Thursday, Feb. 11 in the chapel of Cromwell Funeral Home with Brother Elvin McDill officiating and followed by burial in Egypt Cemetery.

Rev. James A. Kitchens, 92, of Whitehouse, Texas, died Friday, Feb. 12, 2021 at Christus Mother Frances Hospital in Tyler, Texas. He was a native of Hamburg; a 1945 graduate of Hamburg High School; and a veteran of the United States Air Force, having served from 1950 to 1954. He attended Missionary Baptist Seminary in Little Rock, where he received a bachelor’s degree in Bible languages, and Oklahoma Missionary Baptist Seminary, where he received a degree in theology.

He retired from pastoring in January 2000, continued to preach as a fill-in preacher for 10 years or more, and taught a Sunday school class at Calvary Church in Idabel.

He was preceded in death by one daughter, Diane Kitchens Ginn; his parents, Claude L. and Elizabeth Johnson Kitchens; one sister, Hazel Kitchens Maxwell; one brother, Harold Kitchens; and one sister-in-law, Sherri Morris Kitchens.

He is survived by his wife of 67 years, Katie Williams Kitchens; one son, Mike Kitchens and wife, Paula, all of Whitehouse; one son-in-law, John Ginn of Idabel; six grandchildren; and five great-grandchildren.

Erma Jean Perry, age 71 of Hamburg died Tuesday, Feb. 9, 2021 at Ashley County Medical Center. She was a native of Dumas but a resident of Hamburg most of her life. She was a member of Christ Temple Pentecostal Church.

Christelle “Chris” Jones Ricketts, 80, of Crossett, died Thursday, Feb. 11, 2021, in Little Rock. She was born July 4, 1940, in Jerome, was a 1958 graduate of Crossett High School, and was a member of West Crossett Missionary Baptist Church.

She previously worked as a proofreader for the Ashley News Observer.

She is survived by two daughters, Vickie Ball and husband, Frankie, of Canton, N.C., and Tammy Ricketts of Crossett; one brother, R.S. Jones and wife, Beverly, also of Crossett; six grandchildren; and seven great-grandchildren.

A private service will be held, officiated by Bro. Harold Cantley.

Burial will be in Pinewood Memorial Park under the direction of Medders Funeral Home.

In lieu of flowers, donations can be sent to the “Hope at Home” organization.

He had a 43-year career with Georgia Pacific, where he eventually retired as the tissue converting D division supervisor.

He was preceded in death by his parents, James R. and Dorothy “Dot” Stanley Smith.

A celebration of life graveside service was held at 10 a.m. Friday, Feb. 12 in Sims Cemetery with Pastor Donnie Dubose officiating.

In lieu of flowers, donations may be made in his honor to the Hope at Home organization.