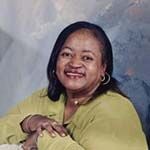 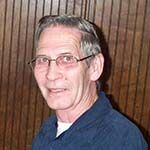 Mary Louise Bonner Barnes, age 67 of Montrose died Thursday, Dec. 17, 2020 at CHI St. Vincent Infirmary in Little Rock. She was a native of Portland, a homemaker, and a member of St. Peter Baptist Church.

Service was held Sunday, Dec. 27 at 2 p.m. in the chapel of Cromwell Funeral Home.

Burial in Montrose Cemetery under the direction of Cromwell Funeral Home.

After serving 4 years in the Army, Cecil and his family moved to Jacksonville, Florida and he went to work for Bellsouth. There he became an integral part of the 911 call systems for Northeast Floridabefore retiring after 35 years. Retirement wasn’t for him, so he went to work for AK Associates using his knowledge of the 911 systems to continue his work for the City of Jacksonville. After 10 years he retired for good. Cecil had a love for his family, cooking and fishing. His baked beans and BBQ Sauce is legendary among his friends and family.

He is predeceased by his wife, Linda Goodwin Booth, his sister Beatrice Johnson and his parents, Perry Dolphus Booth and Armandie Verdell Ozment Booth.

There was a graveside service on Wednesday, December 23 at 11:00 AM

Mrs Molly Naomi Rickman was born April 10, 1927 in the year of the Great Flood of 1927 at Hamburg, Arkansas. She passed away peacefully on December 26, 2020 in the year of the Bethlehem Christmas Star at Crossett, Arkansas. Molly Naomi Rickman was a native of Hamburg, Arkansas and an active outdoor enthusiast. Mrs. Rickman enjoyed mowing her yard and being the “Boss of her house.” She is preceded in death by her husband, Enoch Marion “Jack” Rickman and her parents, John Preston Riles and Mable Ozel Morgan Riles.

A service celebrating the life of Mrs. Molly Naomi Rickman will be held at a later date in the spring at the Causey Cemetery. For those who wish, the family encourages planned memorials be made to the charity of the donor’s choice.

Arrangements are under the direction of Cox Funeral Home of Bastrop, Louisiana.

He worked as a papermaker for Georgia Pacific until his retirement after 44 years of service. He was a Christian and member of Jarvis Chapel Baptist Church, where he served as a deacon and church treasurer.

He was preceded in death by his parents, James and Rena A. Dubose Tucker, and his wife of 54 years, Nancy Lou Tucker.

In lieu of flowers, donations may be sent to Jarvis Chapel Church in his memory.