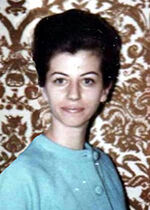 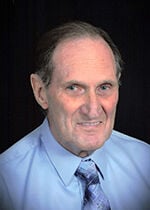 Mary Scopas Vestal, 76, of Hamburg, died Wednesday, Dec. 16, 2020 in Monticello. She was a native of Detroit, Mich., and a resident of Hamburg for the past 44 years. She was a homemaker and a member of the Greek Orthodox Church.

She was preceded in death by her husband, Claude Reed Vestal; her parents, James and Lola Kachiroubus Scopas; and one sister, Elaine Scopas.

She is survived by one son, Nick Chenos and wife, Susan, of Hamburg; one daughter, Tracie Jo Pamplin and husband, Johnny, of Nashville; one sister, Georgia Papas and husband, Tasos, of California; five grandchildren; and six great-grandchildren.

William Ervin White Sr., 71, of Hamburg, died Wednesday, Dec. 16, 2020, in Star City. He was born in Fountain Hill on Goose Holler Hill and was a resident of Hamburg for the past 51 years.

He graduated from Drew Central High School in 1967 and was a member of the Arkansas National Guard for seven years. He worked as a lineman for Arkansas Power and Light/Entergy, retiring after 35 years, then took up driving a log truck after he retired. He was a member of Promise Land Missionary Baptist Church.

He was preceded in death by his parents, James Leslie and Helen Malissa Garrison White; one brother, James Kevin White; and one sister, Joan Williams.

He is survived by his wife of 51 years, Shirley Riley White of Hamburg; one son, William Ervin White Jr., and wife, Felicia, of Hamburg; two daughters, Teresa Morgan of Lake Village and Stephanie Rogers and husband, Joe, of Monticello; one brother, J.L. White and wife, Martha, of Cabot; one sister, Marilyn Evans of Jacksonville; and eight grandchildren.