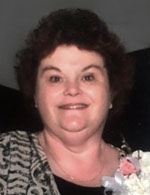 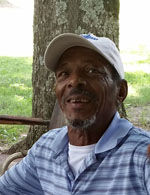 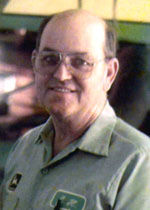 He was born Feb. 22, 1943 in Greenville, Miss., and retired from JRMC in Pine Bluff with 38 years of service. He was a United States Navy veteran and a Baptist.

He was preceded in death by his parents, Charles Barber and Kathleen Scott Barber; one brother, Charles Sonny Barber; and one sister, Billie Baldwin.

Visitation will be at 12:30 p.m. Wednesday, Dec. 12 at Frazer’s Funeral Home with funeral service at 1:30 p.m. in the chapel. Burial will follow in Pattsville Cemetery.

Judy Catherine Stanley Hattaway, 66, of Crossett died Wednesday, Dec. 5, 2018. She was a native of Lake Providence, La.; a resident of Ashley County for the past 28 years; and a former resident of Plain Dealing, La., for many years.

She was a licensed nursing home administrator for several years, and worked at Arkansas Department of Corrections, Cummings Unit, as a counselor for the past 14 years.

She was preceded in death by her husband, Charles Orion Hattaway; her parents, Earl and Audrey Ozelle Jones Stanley; and one brother, Gerald Stanley.

She is survived by three children, Audra Hattaway Clark and husband, Oscar, Chaz S. Hattaway and wife, Sarah, all of Hamburg and Charles Taylor Hattaway of Crossett; one brother, Richard Stanley of Gurdon; one sister, Anne Jones of Monroe, La.; four grandchildren; and four great-grandchildren.

Honorary pallbearers were her grandsons and great-grandsons.

Clarence “C.H.” Hennington, 87, of Portland, died Tuesday, Dec. 4, 2018. He was a native of Wilmot and a resident of Portland for most of his life. He was the head mechanic for Portland Farm Equipment Company, having retired after 48 years.

He served as Portland Volunteer Fire Department fire chief, was the night watchman for many years and he was a member of Portland Baptist Church for over 50 years.

Rebecca Jane Hendrix Keen, 57, of Crossett, died Monday, Dec. 3, 2018, at University of Arkansas for Medical Sciences in Little Rock. She was born Sept. 19, 1961, and was a member of Crossett High School’s Class of 1979. She was a former librarian at Crossett Public Library and worked as a hairstylist for many years.

She was preceded in death by her mother, Erla Jane Thurman Norrell.

She is survived by two sons, Mitch Doss of Crossett and Ben Hamilton (Sharon) of Greensboro, N.C.; one daughter, Aimee Keen of Hamburg; her father, Charles Hendrix of Danville; one brother, Bobby Hendrix (Michele) of Danville; one sister, Beverley Collier of Crossett; and one granddaughter.

No services are planned at this time.

Arthur “Johnny Boy” Wilson, 73, a native of Montrose and former resident of Milwaukee, Wis., died Wednesday, Dec. 5, 2018, at his home. He was a member of St. Peter Baptist Church, worked as a barber for many years, and did carpentry work.

Burial will be in Montrose Cemetery under the direction of Cromwell Funeral Home.