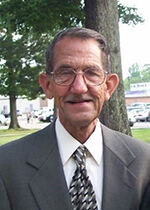 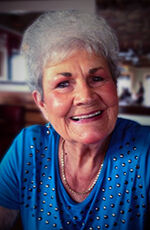 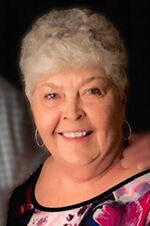 A 1960 graduate of Hamburg High School, he served in the Arkansas Army Reserves. He worked for Georgia-Pacific Corporation Paper Mill and retired after over 40 years of service. He was a church worker, member, and deacon at Southside Baptist Church.

He was preceded in death by one son, Kevin Bradley Dumas, and his parents, Gordon and Gladys Selby and J.A. Dumas.

She retired as a small bag inspector from Bemis Bag Company and later worked for “Meals on Wheels.”

Robert Lee Kelley, age 71 of Crossett, died Saturday, July 31, 2021 at his home. He was a native of Hamburg and lifelong resident of Ashley County. He was a retired truck driver and a member of Unity Baptist Church.

He was preceded in death by one daughter, Melinda Chatway; his parents, Johnny and Martha Pilgrim-Kelley; one brother, Richard Kelley; and three sisters, Janie Johnson, Sue Wolfe, and infant Vera Mae Kelley.

There will be no service.

Raymond Jackson Parnell, age 74 passed away peacefully in his home Monday, July 26 2021, surrounded by his loved ones. He was born in Warren, Arkansas, November 20th, 1946, to the late Robert Parnell and Elizabeth Hairston Parnell.

Raymond graduated from Banks High school in 1965 where he played basketball before enlisting in the United States Army during the Vietnam conflict. He was a supervisor for Burlington industries in Monticello for 23 years, later retiring from UAM. He enjoyed sports and was an avid Razorback fan seldom missing a game. In his later years Raymond enjoyed landscaping, and never passed on an opportunity to go fishing.

“Build houses and settle down. Plant gardens and eat what they produce.” Jeremiah 29:5

Visitation was held at Stephenson-Dearman Chapel Friday, July 30 at 1:00 with services following at 2:00 P.M.  Visit www.stephensondearman.com to sign guestbook

Brenda Ragar, 76, of Crossett, died Friday, July 30, 2021, at her home. She was born in Monticello on Sept. 17, 1944, grew up in Collins and attended school in Dermott. She worked for Wal-Mart as a sales associate for 40 years and was a member of the First Assembly of God Church.

She was preceded in death by her father, William Dewitt West; her mother, Willie White Hilliard; her husband of 38 years, James Ragar; and one sister, Judy Tumey.

She leaves behind three children, Mike Hartness (Teresia) and Missy Dumas (John), both of Crossett, and Matt Hartness of Little Rock; along with one brother, Bill West (Patti) of Orlando, Fla.; seven grandchildren; and one great-grandson.

A celebration of life service will be held at 10 a.m. Wednesday, Aug. 4 at First Assembly of God Church, 1500 Parkway Drive, Crossett, with Pastors Kenneth Neal and Justin Uselton officiating. Burial will follow in Crossroads Cemetery under the direction of Medders Funeral Home.

She earned an associate degree in computer programming and was a seamstress and painter.

She was preceded in death by her father, Jesse Lee Couch; one son, Richard “Ricky” Paul Shairrick; her stepfather, Frank Bundy; her mother-in-law, Ruby Shairrick; and her father-in-law, Monroe Shairrick.

A graveside service was held at 10 a.m. Friday, July 30, in Green Grove Cemetery near Urbana and under the direction of Medders Funeral Home.